"You can't score runs every game every year it's probably impossible." - Mark Waugh

Playing for Queensland, Matt Renshaw has amassed a mere 58 runs in the last 5 innings. Although Australia are yet to announce their squad for 2017-18 Ashes, Renshaw is likely to make it to the playing XI on the basis of his spirited performance in India earlier this year.

During the launch of Triple M radio‘s coverage of the Ashes, Mark Waugh backed the youngster for a spot in the side.

“His record for Australia is very good, his average is about 37 and he’s batted in some tough conditions in India and played well and played well last summer. Like everybody, he would have liked more runs so far in the season we’ve had here but we know what he can do.”

“You can’t score runs every game every year it’s probably impossible the really great players possibly, but other players, you’re going to go through these low periods, so Matt has just got to handle that and I’m sure he’s good enough to do the job.”

Australia are yet to find a candidate for No. 6. Whether to play a specialist batsman or an all-rounder, is a puzzle they are yet to solve.

“You’d love an all-rounder at six who bats and bowls, who can score a hundred and take five wickets like Ben Stokes.

“There’s no real outstanding all-rounder around at the moment. Marcus Stoinis is probably the closest to a batsman who could probably get you three or four wickets. The other guys are batsmen who bowl. That’s what we’ve got in front of us. So that’s what we’ve got to pick from.” Brad Haddin: It was worth turning down captaincy for Steven Smith 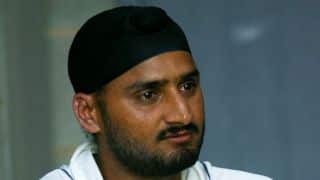