Boycott, who scored 8114 runs in 108 Tests at an average of 47.72, was surprised to see England so flat after their World Cup triumph.

ICC Cricket World Cup 2019 champions England did not begin their much-heated rivalry with Australia going down by 251 runs in the first Ashes 2019 Test at Edgbaston. Playing almost the entire match with only 10 men because their all-time leading wicket-taker in James Anderson once again ruptured his calf did not help Joe Root‘s side.

Another defeat at Lord’s and the urn could likely be on its way Down Under, if not in the departure lounge. Former England captain and Ashes hero Geoffrey Boycott does not see any come back from the hosts after Australia eked out a first since in 2001 at Edgbaston. The second Test will be played at Lord’s from August 14 (Wednesday).

“It’s absolutely impossible for them to come back in the series. This was the first game of the World Test Championship and they played some shocking cricket,” Boycott was quoted as saying by MID-DAY on Monday.

The batting legend, who scored 8114 runs in 108 Tests at an average of 47.72, was surprised to see England so flat after their World Cup triumph.

“Jason Roy should realise that he can’t go bang-bang; he has to consolidate. Moeen Ali was so very disappointing too with both bat and ball while the opposition spinner claimed nine in the match,” he explained.

“Now, I realise that he got success on a last-day wicket, but Nathan Lyon bowled beautifully and his dismissal on Ben Stokes was a brilliant exhibition of off-spin with Tim Paine taking a great catch.

“Lyon did not have many fielders on the off-side but he had three close to the bat on the leg side. He was so confident of the batsmen not hitting him through the off-side… fantastic bowling and field setting,” said Boycott.

ALSO READ: Starc content to be left out if urn returns to Australia

Anderson, who has been ruled out of the Lord’s Test, too was not spared. “However great a cricketer you maybe but if you haven’t played cricket for a while then you must be made fit,” said Boycott. 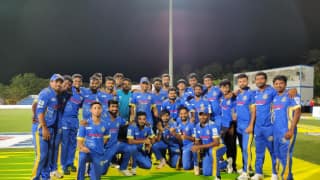 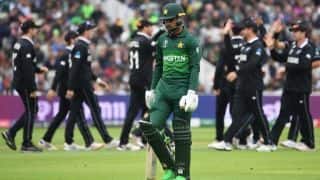