England lost the Ashes 2019 opener in Edgbaston by 251 runs and currently trailing 1-0 in the five-match series.

Former skipper Andrew Strauss on Wednesday backed England to bounce back and win the Ashes despite losing the first Test at Edgbaston by 251 runs.

Strauss said that Joe Root and Co can repeat what the Michael Vaughan-led England achieved back in 2005. England had managed to win Ashes 14 years back after losing the first Test.

I was incredibly proud to see how England performed in the World Cup under extreme pressure, I thought that was extraordinary, Strauss was quoted as saying by Evening Standard.

They are under pressure again now and I m still confident they will come through that. I think there are some really great opportunities going forward, the end of this summer is a watershed for the team and a great opportunity for Ashley Giles to make his mark,” added Strauss.

Players from the England and Australia will be wearing red caps and their jersey numbers will also be in the same colour during the Lord s Test on Wednesday. This is done in a bid to support the Ruth Strauss Foundation, named after Strauss late wife, which is working to spread awareness about the lung cancer.

The foundation was set up by Andrew Strauss in the memory of his wife, who was diagnosed with the disease in December 2017. Strauss, in order to be with his wife, decided to step down from the position of Director of England Cricket after three and a half years in the role. 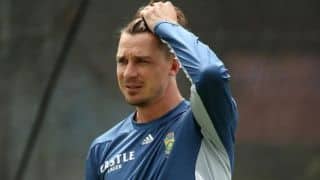