The Australian camp has been left perplexed by the centre strip in Birmingham.

Australia‘s captain Tim Paine is not sure what to make of the pitch for the first Ashes Test against England starting Thursday in Birmingham.

Paine and his team-mates were able to view the Edgbaston surface during Monday’s training under clear and sunny skies, but with the strip covered on Tuesday on account of rain, the visitors had to wait for a second inspection.

When he finally saw the pitch for the Ashes opener, Paine was left perplexed.

“The pitch looked a bit different,” he told reporters at Edgbaston. “I must admit I was expecting a bit of a green top it’s certainly a different colour than I expected but there is a thick covering of grass on it. Given there’s been a lot of rain, and the overcast here, I think the Dukes ball is going to swing around and it looks like, if anything, there might be a bit more pace in it than I was expecting, which again might suit us.”

Australia last won a match at Edgbaston during the 2001 Ashes series, which is also the last time any Australian team won a Test series in England.

Paine’s team is bidding to become the first Australian side to win a Test at Edgbaston, as well as an Ashes series on English soil, for 18 years but the surface for the first Test is adding to their dilemmas. The coach Justin Langer termed the surface as “rock hard” and this could force a re-think in Australia’s choices of which players to pick.

Langer on Tuesday said that Mitchell Starc, Peter Siddle and Josh Hazlewood are fighting for one open spot, which means that James Pattinson will line up with Pat Cummins as two confirmed quicks.

Langer also confirmed that Usman Khawaja has been passed fit for selection, so with David Warner, Cameron Bancroft and Steve Smith returning from their bans the top four is settled. After Smith at No 4 will most likely be Travis Head, Matthew Wade and Paine. Nathan Lyon is the sole specialist spinner in Australia’s Ashes squad.

Paine is well aware of England’s record at Edgbaston across formats – they have won their last 11 matches dating back to 2014, and have not been beaten in a Test there since 2008 – but maintains that Australia are not worried.

“Regardless of where it is, obviously we want to get off to a good start in the Ashes,” he said. “It’s really important that you get some momentum early in a big series like this.

“We haven’t spoken about whether Edgbaston is a fortress for them, because that’s irrelevant. It’s about being clear on what we want to do, both individually and as a team. If we can be really clear, come out and execute well, it doesn’t matter if we play at Edgbaston or on the moon, we think our best cricket is good enough.” 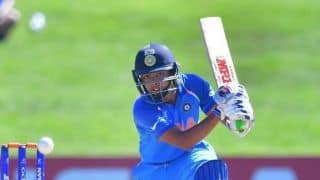 Prithvi is a fighter, he will definitely come back stronger: Childhood coach 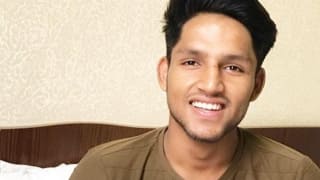