England allrounder Ben Stokes admits he is yet to have come across a bowler with more talent in his time that teammate Jofra Archer, who set the Ashes 2019 ablaze with 22 wickets. Having made his Test debut in the second game at Lord’s, Archer bowled with steam and finished with two five-wicket-hauls.

Archer’s fiery spells is a success story in a series in which England bounced back twice to draw the Ashes 2-2 for the first time in 47 years. The next Ashes will be played in 2021-22 and Stokes believes the 24-year-old Archer could very well be key for England to reclaim the urn.

“I don’t think I’ve seen a more talented bowler in my time. It’s great to have him on your team. No doubt he is the sort of guy who can help get those Ashes back when we go down under [in 2021-22]. He’s got experience in that part of the world from playing in the Big Bash too, so he’ll feel comfortable going there and performing,” The Guardian quoted Stokes as saying. “When you can bowl 90mph and with the control that he’s got, then he is going to be a huge threat anywhere in the world.”

Archer’s rapid rise to in such a short time is well-documented. He made his international debut earlier this year in May against Ireland before playing his maiden World Cup, where he bowled the famous Super-Over in the final to deny New Zealand a win. Proceeding to Tests, Archer regularly clocked over 140kmph, one of which caught Steve Smith at the back of his neck resulting in a concussion.

Archer’s 6/45 at Leeds handed England a sensational win to level the series a match in which Stokes himself starred with a glorious century before going wicketless in the first innings in Manchester. Showing slight signs of fatigue, doubters began to question Archer’s resilience but the 24-year-old bounced back to finish the series on a high, claiming 3/45 in the second innings of the fourth Test and grabbing another six-wicket-haul at the Oval.

“It is very rare for a 24-year-old to be able to come in, be exposed to this environment and then step up and improve game by game as quickly as Jof is doing it,” added Stokes. “There is plenty more to come from him because he is so skilful and picks things up so quickly.”

The Ashes 2019 also marked the final series for England coach Trevor Bayliss in charge. The former Australia first-class cricketer returned home after a successful four-year-long tenure with England, culminating with the team winning the World Cup for the first time and drawing the Ashes. He went out with admirations from players and coaches alike and Stokes was no different, dedicating the series win to his former coach.

“I’m not sure I’m looking forward to life without Trevor in the dressing room because he’s been an amazing person to have around over the last four years,” Stokes said of the outgoing Bayliss.

“He obviously got brought in to do a job with our one-day cricket but he’s had a massive influence on this group of Test cricketers too. I’m glad that we managed to win this last game for him. There were a lot of things that we were playing for out there. Trev was one of them.” 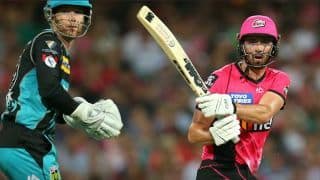 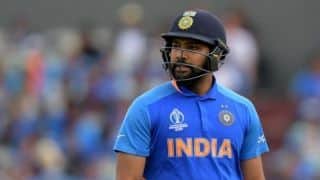