What made England s victory all the more sweeter was their first-innings implosion, which left the hosts with just 67 runs on the board.

England s national hero Ben Stokes says he will only treasure his heroics at Headingley during the third Ashes 2019 Test if his side go on and win the series.

Stokes dished out one of the most incredible Ashes innings his unbeaten 135 inspiring England to a stunning one-wicket victory against Australia. The victory denied the opposition the chance to go 2-0 up and retain the urn.

England now have to win at least one of the two remaining Tests at Old Trafford and The Oval to prevent Australia from achieving another Ashes success. “I think momentum is huge in sport, especially in a series like the Ashes,” Stokes told Sky Sports News on Wednesday.

“Australia will have gone through a lot of emotions throughout that game, as we did as well. I’m 100 per cent sure that when Stuart Broad got out, they thought that they would be getting the Ashes back at the end of the day.

“We went through ups and downs of emotions throughout that game and we came away with a win, so we go to Manchester with that confidence, and also with the confidence of knowing that we can win from anywhere.

“Obviously it was an amazing game to be a part of and it has got us back into the series. But you can’t live off what you’ve done in the past; it’s all about what you can do in the here and now.”

What made England s victory all the more sweeter was their first-innings implosion, which left the hosts with just 67 runs on the board and a deficit of 112.

“You have to get over things like that pretty quickly the turnaround between innings is very quick. We had to put our minds back on to bowling and knowing we still had a chance of restricting Australia and not giving ourselves too many runs to chase, Stokes explained.

“Stuart Broad said before we walked out that we need to bowl at these guys like we are defending 170, so we had to get the 67 out of our head quite quickly and go and perform with the ball.”

Stokes contributed massively with a ball in a herculean spell on Day Two in which he bowled Travis Head and had Matthew Wade caught behind.

“To be honest, I was a bit worried about how I was going to wake up in the morning, but I was surprisingly alright!” Stokes said.

“Rooty (Joe Root) came to me and said ‘do you want to start us off again at the bottom end?’ so I said ‘yeah’. After a few overs, getting the lactic acid and heaviness out of my legs I was pretty good, to be honest.”

Australia were finally bowled out for 246 in their second innings on Day Three, but England immediately slipped to 15/2 before Root and Joe Denly combined to take the hosts to 141/3.

Stokes entered post Denly s dismissal and displayed a wide array of shots en route to taking his side to a memorable win. “Nathan Lyon was bowling on a pitch that was spinning, especially when he was chucking it out wide into the footholes,” he explained.

“I wasn’t quite sure where I was going to get a boundary when he was bowling there. It’s a shot that I have practised and have had some success with. I was at the stage in the game where I just had to back what I was going to do with no half-measures and I decided that was going to play this shot and completely commit to it.”

“It was only really when Leachy (Jack Leach) came in that my thought process and how I was going to go about getting the runs changed.

“Jack Leach cleaning his glasses… it was a pretty iconic picture that has been taken from that game. He’s got to take a lot of credit for us being able to get over the line and win that game because those 17 balls that he faced are probably the most crucial he’s ever going to have in his career.” 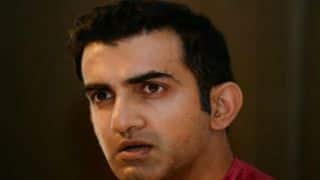 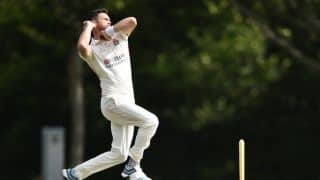