Jack Leach is unfazed by the prospect of a potential Ashes showdown with in-form Australia batsman Steve Smith.

Jack Leach is unfazed by the prospect of a potential Ashes showdown with in-form Australia batsman Steve Smith.

Leach, who may make his Ashes debut at Lord’s, has been added to England’s 12-man squad after Moeen Ali was dropped following his struggles at Edgbaston.

Smith’s batting averages is nearly 63 in Test cricket but it drops down to just over 34 against left-arm spinners. Taking into account his perceived struggles against left-armers, Leach has been added to the squad and be part of the playing XI for the second Test.

“It feels like I’ve got nothing to lose and a lot to gain,” Leach told BBC 5. “I just want to go and do my thing.”

Leach last appearance in Test cricket was not so long ago when his career-best 92 as a nightwatchman last month helped England recover after a first innings collapse saw them being skittled for 85 against Ireland.

Leach though played little role with his bowling during the four-day Test which England went on to win by 143 runs.

“There has been a focus on his (Smith’s) supposed weakness against left-arm spin. I suppose those stats are there but I’ve just got to if I’m in the 11 I’ve got to do my thing and bowl as well as I can and see what happens.

He added, “It’s the same for every batter. I want to get every batter out. Yes, there’s Steve Smith but there’s 10 other guys as well and I’ll be focusing on all of them.”

The second Test gets underway from August 14 with England trailing 0-1 in the five-match series. 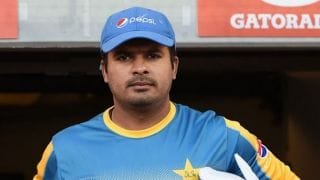 Sharjeel Khan will have to accept his involvement in spot-fixing if he wants to resume playing: PCB 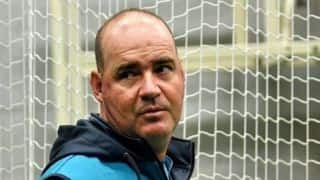