England‘s Test spearhead James Anderson will not play in the second Ashes Test at Lord’s next week, which increases the chances of World Cup star Jofra Archer making his Test debut.

The 37-year-old will immediately begin a rehabilitation programme to assess the extent of damage and the chances of him featuring in the remaining three Tests after the Lord’s game starting August 14.

Anderson, the most successful Test fast bowler of all time, was passed fit for the Ashes opener but injured himself on day one of the Edgbaston Test after complaining of tightness in his right calf. He managed four overs before going for a scan during the lunch break but later came out to bat, becoming the last wicket to fall in England’s first innings. He did not bowl in Australia’s second innings.

The 37-year-old had torn the same right calf during a county match for Lancashire earlier in July and subsequently missed two County Championship matches and also the four-day Test against Ireland which England won by 143 runs.

The third Ashes Test is in Leeds from August 22, four days after the scheduled end of the Lord’s Test. The fourth Test is at Anderson’s home ground of Old Trafford from September 4 and the final fixture starts September 12 at The Oval.

Archer has played 28 first-class matches, all for Sussex between 2016 and 2018, from which he has claimed 131 wickets at 23.44 apiece with five five-wicket hauls and once taking ten in a game. 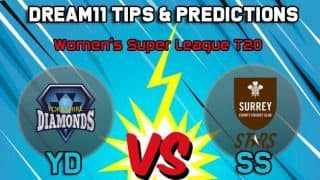 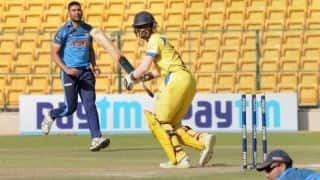