Jos Buttler is confident of an England comeback and feels there's no need to press the panic button yet.

Jos Buttler is confident of an England comeback and feels there’s no need to press the panic button after a big defeat to Australia in the Ashes opener at Edgbaston.

England, despite taking a decent first-innings lead, were undone by Steve Smith’s twin centuries and Nathan Lyon’s six wickets on the fifth day as they lost by 251 runs, handing a 1-0 lead to the tourists.

“There is no need to panic, we are 1-0 down but there are four matches to go in the series,” Buttler told The Cricketer. “Test cricket is hard, you are playing against the best players in the world, and if you are not good enough for long enough you are not going to win the game.” We know we have got a fantastic team and we come here (Lord’s) full of excitement and belief that we are a good enough side and make it 1-1.”

England return to Lord’s for the second Test, the scene of their historic World Cup triumph last month. And they are excited at the challenge, gearing up to launch a comeback in the five-match series.

Buttler feels England failed to sustain their best performance long enough at Edgbaston which remains a challenge. “I think [we are looking at the second Test as] excitement at the challenge, I think we played some good cricket at Edgbaston but we didn’t play well enough for long enough, and the challenge is still the same,” Buttler said.

He added, “Every time you come here to play at Lord’s it is always special, especially in an Ashes Test, so we are looking forward to getting back together as a group and training and preparing well for the game.”

Buttler himself registered scores of 1 and 5 across the two innings but is positive of returning among the runs at Lord’s. “I have felt like I have been in good form for 18 months or so. I feel like I am the best version of myself that I have ever been. I have to take a lot of faith from that and give myself the best chance,” he said. 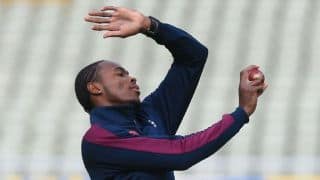 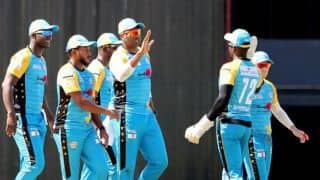