Australia's icon wants Usman Khawaja to use his feet and be more proactive in Tests.

Australian cricketing legend Ricky Ponting has one piece of advice to Usman Khawaja ahead of next month’s Ashes: “Impose yourself.”

Ponting has long been a supporter of Khawaja, going so far as to tip him to be the leading run-getter in Australia’s home Test series against India in 2018-19, which the three-time World Cup-winner predicted would be won by the hosts 2-1. As it panned out, Australia were beaten by India 1-2 and Khawaja managed 198 runs in four Tests.

Reflecting on that series in which Khawaja scored one half-century in eight innings, Ponting felt the left-hand batsman could learn from that poor run as he heads into the Ashes. In particular, Ponting called on Khawaja to come out of his shell and playing aggressive cricket against England.

“He probably wasn’t at his best in that India series back at home,” he told cricket.com.au. “Talking to him about it, he probably went back into his shell a little bit. He knew how they were going to bowl, and he probably just didn’t put enough pressure back on the bowlers. He sort of sat and tried to wait on them and they were just too good most of the time.

“I think when he’s scoring quite freely, he’s a much better player and that’s going to be the challenge for him again here. The English quicks will have some pretty good plans for him and he’s just got to take it on a little bit more and impose himself on the contest a little bit more. If he does that, I’m sure he’ll play well.”

Currently in a race against time to be fit for the Ashes opener at Edgbaston from August 1, Khawaja scored an unbeaten 101 in his last Test innings, against Sri Lanka in February. Ponting urged him to be positive in his mindset and approach at the crease, especially with his regards to his footwork.

“I’ve not got enough good things to say about Usman as a player,” he said. “I think he’s a very classy player. I don’t think anyone ever questions his technique when he’s playing well. It’s just when he gets that little bit defensive that his technique starts to be shown up a fraction.

“But when he’s moving his feet and he’s out hitting the ball, I think his technique is really good. Now he’s got to find a way to score runs in tough conditions here in England, but I’m pretty confident he can do it.” 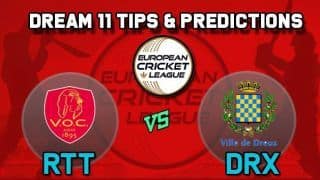 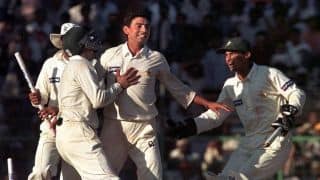