The 2019 Ashes will be the first series played under the new ICC Test Championship.

The oldest rivalry in cricket resumes next month as hosts England meet Australia in the 71st Ashes contest.

Test cricket’s most historic contest dates back to the late 19th century, and the upcoming five-match series holds plenty of significance for both teams. England are coming off their first Cricket World Cup title ever and hope to regain the Ashes, while Australia will hope to continue their upswing after a tumultuous 18 months.

The Ashes series will begin at Edgbaston on August 1 followed by a week’s break before the second match at Lord’s. The series will then shift to Leeds – the northernmost venue of the contest – for the third Test at Headingley, and then to Old Trafford for the fourth Test and finally at The Oval for the last fixture.

Tim Paine‘s Australian team are holders of the iconic little urn after the 2017-18 4-0 win at home, but no touring Australian side has won in England since 2001. Eighteen years ago, Steve Waugh’s Australia won 4-1.

This year’s Ashes will also see the return of Steven Smith, David Warner and Cameron Bancroft from their respective bans for the ball-tampering scandal that broke during the Cape Town Test in March 2018. None of the three has played a Test since; Smith and Warner were part of Australia’s World Cup team recently.

Australia and England will name their respective squads for the Ashes over the next week. This week, England play Ireland in a four-day Test match at Lord’s while Australia have a four-day intra-squad match in Southampton.

Also in a first, the new ICC Test Championship will begin with the first Ashes Test at Edgbaston on August 1.

As per the ICC Test Championship, nine of the 12 Test countries (barring Ireland, Afghanistan and Zimbabwe) will contest six series across two years – three home, three away – in a league format which culminates in a final in June 2021.

England are ranked fourth in Tests and Australia are fifth.

In India, the Ashes will be broadcast on Sony Six and the SonyLIV app. You can also follow all the live Ashes cricket on CricketCountry here. 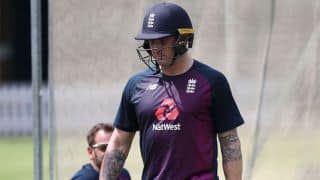 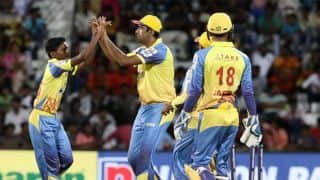