Smith marked his comeback to Test cricket with a brilliant 144 on day one at Egdbaston.

Steve Smith’s heroic century against England was hailed as one of the all-time great Ashes hundreds Friday by a gleeful Australian media who declared he had “come in from the cold” after his ball-tampering ban.

The former captain, playing his first Test since a year-long suspension left him shamed and humiliated, smashed a superb 144 to rescue his team on the opening day of the first Test at Edgbaston.

He won plaudits not only for the masterful knock as wickets tumbled around him, but for doing so against a barrage of boos by a partisan crowd keen to remind him of the ‘Sandpapergate’ scandal in South Africa.

Some English fans even donned masks of Smith depicting him breaking down in tears last year, while others chanted, “We saw you cry on the telly”.

“When Australians woke up this morning, eager to check the news from the evening, they heard of the ultimate redemption story,” broadcaster Channel Nine, which is airing the Ashes Tests in Australia, said on its website.

The Sydney Morning Herald said that despite all the upheaval and turnover in Australian cricket since Smith last padded up in a Test match 17 months ago, “some things never change”.

(ALSO READ: Steve Smith rates his brilliant 144 as one of the best hundreds)

“The former captain no longer leads this team in name but he is once again it’s backbone,” it said after his 24th Test ton. “He has been through a lot and this had been a long time coming.”

The Australian‘s cricket writer Peter Lalor wrote that it was “like he never left” and “it made you wonder how the team ever coped without him”.

Lalor said he had gone “some way to leaving the past behind with the magnificent innings”, while the Melbourne Herald Sun was more emphatic, declaring he was “back in from the cold”.

“Steve Smith scored one of the all-time great Ashes hundreds and totally embarrassed England with a day one performance at Edgbaston that has been immediately added to Test folklore,” the tabloid wrote.”His passion is well and truly back and all of Australia are better for it.”

Even sections of the English media recognised the achievement, with The Guardian saying: “Steve Smith enters as the pantomime villain, but departs a hero. The Australian batsman was booed on his way to the crease, but 144 runs later left to applause from all around the ground.”

Australia had slumped to 17-2 when Smith came to the crease after skipper Tim Paine won the toss. Wickets fell steadily but he found the ally he needed in Peter Siddle, who made a valuable 44 — the second-best score of the innings — in a ninth-wicket partnership of 88 to help steer them to 284 all out. 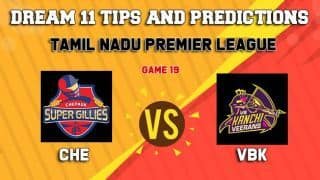 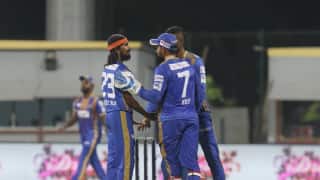