Criticism continues to come Australia's way for allowing Steve Smith to resume batting after copping a blow to his neck.

Criticism continues to be directed towards Australian team management for allowing Steve Smith to resume batting after copping a blow to his neck. England’s brain injury charity Headway has issued a statement saying cricket needs to take a relook over its concussion protocols after Smith was put in an “incredibly dangerous” position during the drawn Lord’s Test.

Smith, who didn’t show any signs of concussion immediately after being felled by a Jofra Archer bouncer, was temporarily removed from the field before returning to bat again.

READ: Pulling Smith out would have been an overreaction – CA

However, the symptoms appeared as he complained of headaches and grogginess before the play began on final day. Australia then pulled him out naming Marnus Labuschagne as his replacement.

“What this incident highlights is that no test for concussion is foolproof,” Luke Griggs, Headway’s deputy chief executive said. “The signs can be delayed for several hours and sometimes even a couple of days. You cannot take any risks with concussion, which is why we have always said that all sports have to take an if in doubt, sit it out approach.”

Smith was hit by a delivery clocking 92mph. He passed a series of concussion tests before being allowed to bat again on the same day.

But subsequent tests confirmed concussion that forced him to miss the final day.

“The reaction time of a batsman facing a 90 mph-plus delivery is incredibly small and yet it is absolutely vital they are fully concentrated. But with concussion the vision can be blurred, and the brain can be slow at processing information. That leads to delayed reaction times, and that is just incredibly dangerous,” Griggs said.

He continued, “But if there is even an hint of concussion when someone is bowling at 90 mph, there is absolutely no way a player should be on the pitch. Cricket may need to consider this, while making it abundantly clear that players should have absolutely no say in the decision.”

But Cricket Australia s (CA) chief medical officer Alex Kountouris has defended the entire episode saying the chance of a player suffering concussion after head impacts are quite low and pulling Smith out would have been an overreaction .

The reality is only about one in five or six head impacts end up in concussion, he said. If we pulled out every player who had a head impact, we d be pulling out 80 per cent of players who don t have a concussion and taking them out of the game. So that would be an overreaction, Kountouris said on Monday. 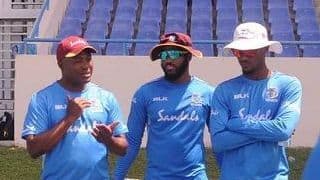 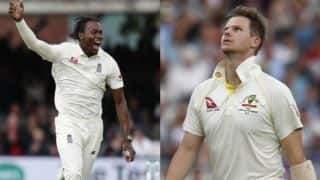