Australia, who registered their first Ashes Test win at Edgbaston since 2001, took 1-0 lead after beating England by 251 runs.

Making a comeback to Test cricket following his one-year suspension after the ball-tampering scandal in South Africa last year, Steve Smith once again highlighted why he is one of the best modern-day batsmen going around.

Former Australia pacer Glenn McGrath on Wednesday lauded Smith, saying that the batsman has not lost his hunger.

The right-hander scored twin tons in the Ashes opener at Edgbaston and powered Australia to a 251-run win over the Joe Root-led England. As Smith scored 144 and 142 runs respectively in the first and second innings Australia went on to register their first win at the venue in Ashes since 2001.

“You have to go out there and let the bat do the talking. It’s been 16 or 17 months since what happened in South Africa, it’s time to be left in the past. The crowd was giving Smith a pretty hard time. For him to come out there and perform shows the mental strength he has,” McGrath, the head of MRF Pace Foundation, was quoted as saying by PTI in Chennai.

“He (Smith) just went out there and looked at ease, he looked like he had so much more time than anyone else in the whole match. That episode made him a lot hungrier. Those were couple of special innings, they meant a lot to him and the rest of the team,” added McGrath.

Following his two hundreds in the first Test, Smith overtook India’s Cheteshwar Pujara to move to the third spot.

I thought we were certainly up against it at that stage but we had the best player in the world at the crease, said Paine before adding, Steve showed his class in both innings. We re running out of things to say about Smithy. He s probably the best Test batsman we ve ever seen. We re lucky to witness it. 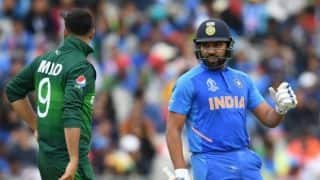