Mark Wood, who made his debut in 2015, has been marred by injuries. He underwent three ankle injuries. Wood holds 26 wickets off 10 Tests. After the 2017 Champions Trophy, Wood played two Tests, against South Africa, but failed to play the third due to a sore heel. Wood revealed that worn insoles in his bowling shoes led to the injury.

At the end of the summer, Wood s central contract was withdrawn. However, talks with the the then bowling coach Ottis Gibson and ECB Director Andrew Strauss boosted his confidence.

In an interview with Daily The Gaurdian, Wood mentioned about his chat with Gibson and Strauss, I had meetings with [team director] Andrew Strauss, [coach] Trevor Bayliss and [selector] James Whitaker at the end of the season. They said if I got my body right I d be in a position still to have an impact in the series.

Wood was not included in the Ashes squad. However, England s captain Moeen Ali for the warm-up match is thoroughly impressed by Wood s recent performance. In the two-day match against CA XI, Wood ended with figures of 2 for 62 off 16 overs. Moeen believes an Ashes call is on the cards for Wood.

‘Mark Wood is ready and back to his best’

It was a slow pitch and I felt like he bowled quite quick – obviously he was the quickest of both teams. His pace was right up there compared to how quick we know he can bowl. It wasn’t just the pace, his control was fantastic as well. He feels very confident in his own game and feels like he’s ready and back to his best. I was really impressed with how he bowled. 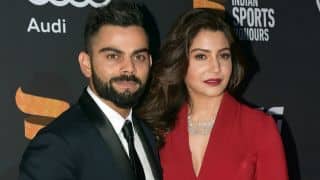 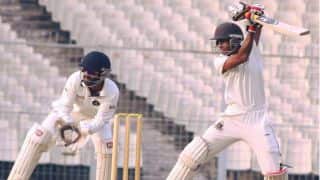