"I split my finger in the first innings and it's probably like a singer losing their vocals," said Lyon.

Nathan Lyon stated before the start of the 2019 Ashes series against England that he had rehearsed Shane Warne’s impromptu jig on the Trent Bridge balcony from 1997 and was determined to reproduce it if Australia retained the historic little urn.

On Sunday, Tim Paine’s team did just that after beating hosts England by 187 runs at Old Trafford to claim a 2-1 lead that means they will return to Australia with the Ashes.

Under floodlights at Old Trafford, Lyon was part of the Australian cricket team’s celebrations and he also revealed how painful it was for him – literally – to bowl during the fourth Ashes Test. The offspinner had a large callous on his spinning finger ripped open on day one at Old Trafford, which needed a form of medical ‘glue’ to keep it together, as well as several pain-killers to cope with the pain.

Despite the physical discomfort, Lyon bowled 29 overs in England’s second innings and after the win, opened up on what he had gone through since he failed to collect a throw from Pat Cummins at Leeds that could have won Australia the third Test.

“I split my finger in the first innings and it’s probably like a singer losing their vocals, but you have to find a way to compete in Test cricket,” he said. “Right now, it probably hasn’t sunk in but as a kid growing up, and as soon as I got my Baggy Green, the biggest goal in my career has been to win the Ashes away.

“We’re 2-1 up and I want to go 3-1 up, and when we hold the urn up at The Oval (where the final Test starts on Thursday) it’s going to be an amazing feeling.”

Lyon – who during the Edgbaston Test became the third Australia bowler to take 350 wickets – copped a lot of criticism on social media for his fumbled collection at the nonstriker’s end during the final moments at Headingley, which included a condescending tweet from former England wicketkeeper Matt Prior.

On days four and five at Old Trafford, sections of the crowd cheered derisively whenever Lyon collected the ball cleanly.

“To be honest with you, you hear it for the first over or two then it just becomes white noise,” he said. “When you’re a professional sportsman, your job is to come out and bowl well, and compete against whoever you’re playing. I didn’t really feel it or hear it at the back end, so it doesn’t worry me. We’re sitting up there and we’re going to have a couple of beers tonight and celebrate because the urn is coming home. I’m not sure what the nine thousand people in that stand are doing tonight.

“I wear my heart on my sleeve, and playing cricket for Australia means everything for me. It’s not about personal success, but I’ve had some family issues over the past my uncle’s quite sick so you realise quite quickly it’s just a game. It does impact a lot of people, but mistakes happen.” 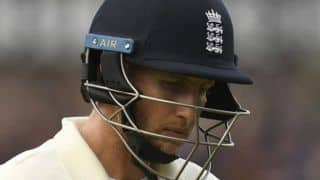 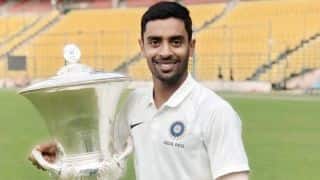