Ashes squad numbers: What England and Australia's Test cricketers will wear on their jerseys

Ashes squad numbers: What England and Australia's Test cricketers will wear on their jerseys

The oldest rivalry in cricket resumes as England meet Australia in the 71st Ashes series.

The England and Australia Test teams have unveiled the numbers to be worn by players on their backs for the five-match Ashes series starting on Thursday at Edgbaston.

In a first in Test cricket, England and Australia’s Test cricketers will have their names and numbers printed on the back of their white jerseys. This is part of the inaugural ICC World Test Championship which begins with the first Ashes Test n August 1.

Last week, the England & Wales Cricket Board released the first look of England’s Ashes Test jersey with skipper Joe Root wearing his name and the number 66 on the back of his jersey.

Now, the entire squad list of numbers has been announced:

The Ashes start at Edgbaston followed by a week’s break before the second match at Lord’s. The series will then shift to Leeds the northernmost venue of the contest for the third Test at Headingley, and then to Old Trafford for the fourth Test and finally at The Oval for the last fixture. 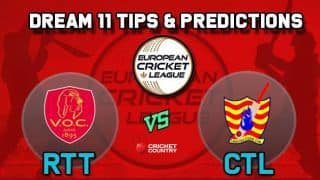 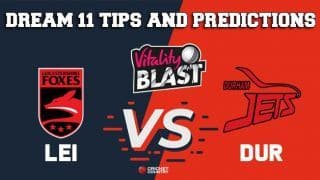