Eng vs Ind: Nehra was happy with Pujara's batting and said he hasn't seen the latter playing with such confidence before.

Headingley: Cheteshwar Pujara was on song on Friday at Headingley during the third Test. With India under the pump having lost KL Rahul early, Pujara joined Rohit Sharma and the duo stitched a valuable 82-run stand to get India back on track. Impressed by Pujara’s show, former India cricketer Ashish Nehra lavished praise on India’s Test No 3. At stumps on Dat 3, Pujara remained unbeaten on 91.

Nehra was happy with Pujara’s batting and said he hasn’t seen the latter playing with such confidence before.

“The way Pujara batted today, I’ve never seen him doing something like that before. He had a positive mindset and his game play is completely different. I hope he wasn’t under any kind of pressure related to his performance. I believe, it was his own thought process that I’d play this way today,” Nehra told Sony Sports Network.

Going into the game, Pujara faced backlash over his slow nature of batting and poor form. Nehra asked the experienced Puara to stop thinking about what people say.

“People say Pujara plays slow. It’s not about 5-10 Test matches. He has played around 90 games for India and has 6000 runs to his credit. You have achieved success with this batting style. Just leave what people are talking about, if he continues to play with the mindset he had today, you would witness a completely different Pujara,” he added.

On Day 4, Pujara would have to get ready for another battle. He would also have his eyes on the hundred. This is his highest Test score since 2019 January. 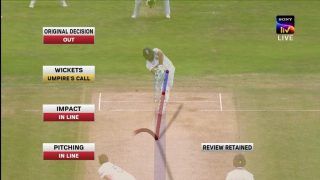 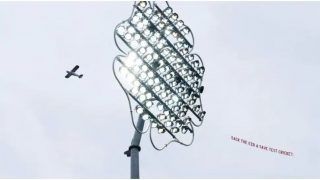 IND vs ENG 3rd Test: Plane Flies Over The Stadium With 'Sack The ECB And Save The Cricket' Banner