The Board of Control for Cricket in India (BCCI) informed in a press release on Tuesday night that the star Indian left-arm seamer Ashish Nehra will be undergoing a knee surgery. Nehra, who remained a key member of the Sunrisers Hyderabad (SRH) team had earlier sustained a hamstring tendon injury which also put serious a question mark on his future in competitive cricket. It is known that the Grade-1 hamstring injury takes at least 3 weeks to heal and hamstring tendon injury may take anywhere between 3 to 6 months to heal, which also includes rehabilitation. ALSO READ: Ashish Nehra ruled out of IPL 9 due to hamstring injury

Nehra played a key role for a major part in the IPL 2016 for Sunrisers Hyderabad, leading their bowling attack and helping them qualify for the playoffs’ stage. He played 8 matches, and claimed 9 wickets with the best figures being 3 for 15.

Nehra was credited for India’s excellent run in the ICC T20 World Cup 2016 as well as in the Asia Cup 2016, which turned out to be successful outing for India. The left-arm lanky pacer, who has been injury prone throughout his career, was however not included in the squad which India had named for their tours of Zimbabwe and West Indies. 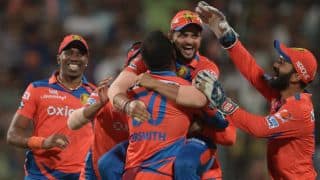