The decision comes in as Tiwary will be leading India A against the West Indies in October.

Bengal speedster Ashok Dinda will lead the Cricket Association of Bengal (CAB) XI in the J P Atray Memorial cricket tournament in Chandigarh replacing Manoj Tiwary, who has been entrusted with the duty of leading the India ‘A’ side against the West Indies in the two practice games.

CAB joint secretary Sourav Ganguly told reporters after attending a CAB working committee meeting that Bengal would play their first match against HPCA (Himachal Pradesh) XI on the inaugural day of the tournament.

“It was also decided that some changes would be introduced in the league matches under CAB like matches would be played on matting wickets and the duration of AN Ghosh tournament would be three days instead of the present two,” the former India captain said. 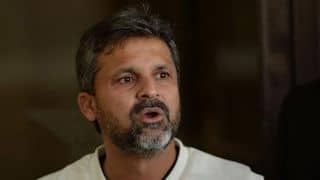 Australia not as formidable as in the past: Pakistan selector Moin Khan