Cricketers at southern English side Henley had special reason to rejoice in Australia debutant Ashton Agar's stunning Ashes success as their former teammate 'Scotty' struck an astounding 98 against England in the first Ashes Test at Trent Bridge on Thursday. 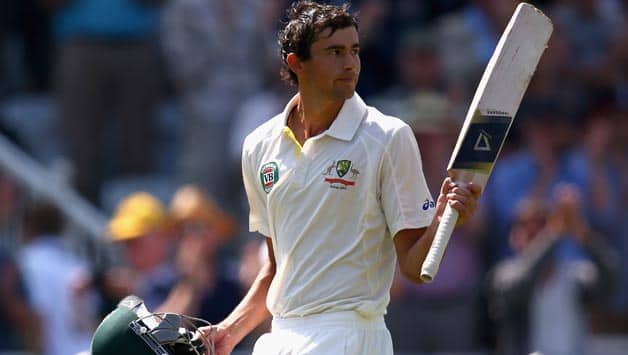 Cricketers at southern English side Henley had special reason to rejoice in Australia debutant Ashton Agar‘s stunning Ashes success as their former teammate ‘Scotty’ struck an astounding 98 against England in the first Ashes Test at Trent Bridge on Thursday.

Agar’s innings was the highest score by a Test match No 11, surpassing Tino Best’s 95 for the West Indies against England at Edgbaston last year.

It was all the more impressive as it was the 19-year-old’s maiden Test innings and helped Australia recover from 117 for nine to 280 all out — a first innings lead of 65.

Only a few weeks ago Western Australia’s Agar, primarily a left-arm spinner, found himself at Henley through a development scheme Cricket Australia have with southern First-Class county Hampshire, who released him for the club side to gain more game time.

Agar, who in 10 first-class matches for Western Australia had a top score of 71 not out, then found himself drafted into Australia’s Ashes squad and was then given a shock Test debut in the series opener in Nottingham.

But while he may be Ashton to his parents, at Henley he was known as Scotty because of his resemblance to Australia’s US Masters golf champion Adam Scott.

“He actually batted five for us, he batted seven for Western Australia so we gave him a promotion. I was quite surprised to see him down at number 11 — he’s not your normal bunny.”

Agar has yet to take a Test wicket but Mordt said that was just a matter of time for a man who has 31 first-class wickets to his name.

“He’s also probably the best spinner I’ve seen, he’s got great control, he’s got a slider and a good good arm ball, he took a hat-trick for us with three arm balls.

“He just doesn’t seem to get phased, pressure never seems to build on him.”