Ravichandran Ashwin, who claimed a four-for as the West Indies scored a mammoth 575 for the loss of nine wickets on Wednesday, said he was satisfied with his performance on a flat Wankhede track. 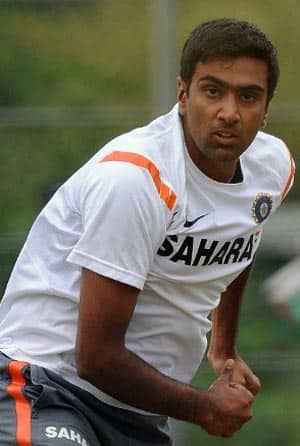 R Ashwin said he was definitely expecting some bounce from the Wankhede pitch, and felt cheated on that regard AFP

Ravichandran Ashwin, who claimed a four-for as the West Indies scored a mammoth 575 for the loss of nine wickets on Wednesday, said he was satisfied with his performance on a flat Wankhede track.

“It is quite pleasing that I got wickets. I don t know if you can extract anything from this wicket. There isn t anything to extract at the moment.

“If I said the spinners needed help on the first day in any Test match, I wouldn t be very happy as a cricketer. You can t expect the wicket to turn on the first day of a Test match. Bounce is something that I was looking for [but that] didn t happen. This game I was definitely expecting some bounce, so I felt cheated on that regard.

“This is my eighth game at Wankhede and this is the first time I am seeing a wicket like this. I am very surprised. It is very much like the practice wicket to the left [of the main [pitch]. I was praying it wouldn t be like that It is one of the best sporting wickets in India so it was disheartening to see it behave the way it did,” Ashwin said in an interview to bcci.tv.

Ashwin felt if the pitch had offered some assistance he could have stopped Darren Bravo.

“Darren Bravo is an ominous batsman, not easy to stop. I couldn t help wondering, ‘Why doesn t the wicket spin just a little so I would have a better chance at him? He comes in with a strategy which is very evident just block the ball [ ] Once a ball beats him it s a different proposition all together.”

With the tour to Australia coming up, Ashwin sounded confident of a good performance Down Under.

“I don t think too far. It s an exciting prospect to play the Test matches in Australia. I ve had a few tours to Australia as part of the Emerging Players unit, etc. I know what it is like to play cricket there. It s not going to be easy. I have to work hard and try and replicate my performances there.”