Both the batsmen haven't faced any problems against a placid Indian attack so far.

Mushfiqur Rahim and Anamul Haque have brought up the 100-run partnership between themselves, and also their individual fifties with Bangladesh wonderfully placed at 162 for the loss of just two wickets after 36 overs.

Anamul brought up his first fifty in ODIs off just 67 balls, as he donned the role of the aggressor early on in the innings, when Mushfiqur was still new in the middle and took his time to settle in. Once the Bangladeshi captain settled in, he too took apart the Indian bowling which has largely looked as lacklustre as the last few months. Apart from Ravindra Jadeja, who has conceded only 23 off his seven overs so far, all the other Indian bowlers have proved to be easy pickings for these two batsmen.

They brought up their 100-run partnership in just 116 balls. If these two batsmen stay till the 45th over, Bangladesh are highly likely to post a huge first innings total. 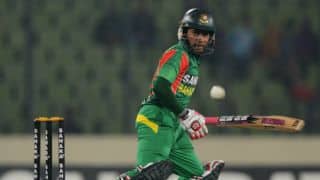 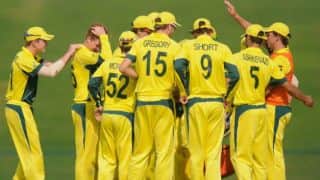