He scored his ton in just 104 balls, thwarting most of the Indian bowlers.

Bangladesh captain, Mushfiqur Rahim has scored his career’s second ODI century, and his first against India during the ongoing Asia Cup encounter at Fatullah.

Mushfiqur reached his century in just 104 balls. His wonderful innings has been laced with five fours and two sixes so far. He came to the crease at a time when Bangladesh had lost two quick wickets, but then he teamed up with opener Anamul Haque and the two of them stitched a 113-run partnership to put Bangladesh into a position of strength.

Anamul departed for 77, but Mushfiqur carried on and scored a marvellous century. During his hundred, he was also hurt by a couple of Varun Aaron beamers, after which the bowler was banned from bowling any further in the match. 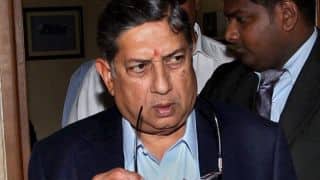 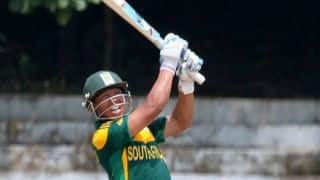