Against Afghanistan in the Asia Cup, Bangladesh have played one match and lost by 32 runs in 2014.

The last league match of the 2018 Asia Cup pits together Bangladesh and Afghanistan, both of whom combined to knock Sri Lanka out of the tournament. The two teams face off in Abu Dhabi with their places in the Super Four confirmed, and given the cramped schedule and oppressive heat, they could look to rotate some players.

Afghanistan, famously, beat Bangladesh 3-0 in a T20I series the last time they met, in the nondescript surroundings of the North Indian town of Dehradun. Then, Afghanistan s skipper said the proximity to the Himalayan mountain range reminded the team of home. Here, in the oppressive heat of the UAE, the team that keeps its cool better has emerged the winner, and having played a lot of cricket in the region there is a slight tilt towards Asghar Afghan s side.

Both teams rely heavily on spin, and having a superior pace attack does not mean that Mashrafe Mortaza s Bangladesh have the upper hand, as the Dehradun series showed. Since then, Bangladesh have beaten West Indies in an ODI and T20I series, and victory over Sri Lanka has added to their confidence.

Weather: Mostly sunny with a high of 33 degrees

With Tamim Iqbal out of the tournament, Nazmul Hossain Shanto should open the innings. Mushfiqur Rahim has had three days to recover from cramps, but seeing the Super Four ahead, he may be rested for one of Mominul Haque or Ariful Haque.

With their fast bowling core not at full strength, Afghanistan have no option but to persist with spin. And why not, given how well it worked against Sri Lanka?

– Mortaza is three wickets away from 250 ODI scalps.

– In Dehradun, when these two teams last met, Rashid claimed eight wickets in three T20Is at strike-rate of 8.25

– Against Afghanistan in the Asia Cup, Bangladesh have played one match and lost by 32 runs in 2014.

“We came here with a plan. We would play Sri Lanka first and if we won and played well we would be group champions and play the runners-up of Group A. But this morning we heard that we are already Group B runners-up regardless of whether we win or lose tomorrow. So, of course, it is disappointing. – Mashrafe Mortaza

When you want to play cricket for winning, you play positively. Our spinners, batsmen and bowlers did well. I would like to say thanks to the crowd for their support.” – Asghar Afghan 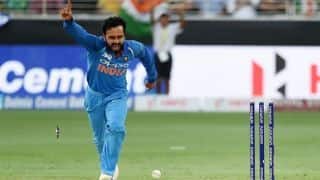 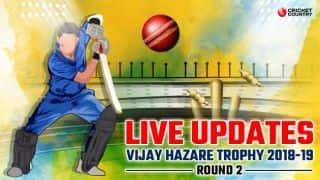