Both teams last faced each other in the ICC Champions Trophy semi-final last year. India won by nine wickets.

With momentum and high moral on their side after a thumping eight-wicket win over Pakistan, the Rohit Sharma-led India will face a fatigued Bangladesh side in the opening Super Four clash of the 2018 Asia Cup at the Dubai International Stadium on Friday.

While Bangladesh are known to have spoilt the party for India on a few occasions, this time around, they won t have time to rest and recover from their harrowing 136-run defeat against Afghanistan on Thursday. Much to Mashrafe Mortaza’s annoyance, his team has to travel from Abu Dhabi back to Dubai for this crunch match – a development which led the Bangladesh skipper to vent his frustration at the Asian Cricket Council.

Meanwhile, India, after picking up the pieces post a wobbly start to their tournament opener against Hong Kong, bounced back the next day, despite the searing heat to bowl out Pakistan for 162 in under 50 overs and register an eight-wicket win.

India and Bangladesh last faced each other in the ICC Champions Trophy semi-final last year. India won that match by nine wickets, with Rohit scoring an unbeaten 123.

While an India versus Pakistan match has time and again proved to be the cornerstone of the Asia Cup, an India against Bangladesh is not far behind.

Weather: Mostly sunny with a high of 40 degrees

India were hit by a major string of injuries on Wednesday. While it was certain that Hardik Pandya would be ruled out from the tournament following a lower back injury during the match against Pakistan, news about left-arm spinner Axar Patel and pacer Shardul Thakur s exit came a shock. Medium pacer Deepak Chahar, allrounder Ravindra Jadeja and pacer Siddharth Kaul have joined the team as replacements.

Bangladesh rested Mushfiqur Rahim and Mustafizur Rahman against Afghanistan and both will slot back. The debutants Abu Hider and Nazmul Hossain Shanto had contrasting outings, but given the lack of opening options Shanto could hold his place.

– MS Dhoni needs 35 runs to complete 500 in ODIs versus Bangladesh.

– Mortaza has taken 246 wickets for Bangladesh in ODIs, while Shakib Al Hasan has 242 to his name.

“We have to be fresh for tomorrow’s big match. It is hard to recover from the heat and back to back matches. Hopefully, we will come up with something better tomorrow and play hard.” – Mortaza

“My bowling is all about trying to read the batsman. My plan is to bowl stump to stump. If you score, it’s fine, but if you miss, wickets are there for me.” – Kedar Jadhav 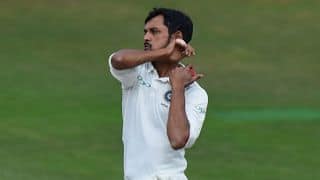