The condensed nature of the Asia Cup is such that each team gets two league stages matches from which to progress to the Super Four.

Two familiar opponents get the 2018 Asia Cup underway on Saturday in Dubai. Sri Lanka, ranked eighth in ODIs, face seventh-ranked Bangladesh in game one with plenty riding on the result.

The condensed nature of the Asia Cup is such that each team gets two league stages matches from which to progress to the Super Four; which means that defeat in the first game can virtually eliminate a team. Sri Lanka have traditionally bossed Bangladesh in ODIs, but with the stakes high it is really anyone s game to lose.

Sri Lanka s last visit to the UAE ended in a 0-5 ODI series loss to hosts Pakistan, and nearly a year on they will be wary of any sloppiness in a high-stakes format. Their pace bowling is superior to Bangladesh s and with the experienced pair of Upul Tharanga and skipper Angelo Mathews there is a degree of solidity to buttress the free-stroking approach of younger players like Kusal Perera, Kusal Mendis and Niroshan Dickwella and the unhinged Thisara Perera and Dasun Shanaka.

The Asia Cup marks a different challenge for Bangladesh, because the last time a team from that country played ODIs in the UAE was in 1995 – a fact that Tamim Iqbal acknowledged this week. Mashrafe Mortaza s team is optimistic about their chances in the UAE, having come back from 0-1 in the ODIs and T20Is against West Indies not long ago to win both series. This, coupled with the fact that they have made the finals twice in the last three Asia Cups, should add to their confidence.

The last time these two teams met was the final of a trio-series in January, when Sri Lanka made 221 and bowled out Bangladesh for 142. Bangladesh will hope history does not repeat itself.

Weather: Hot and humid with a high of 43 degrees

A spate of injuries has left Sri Lanka to make several last-minute picks. Dinesh Chandimal was always in doubt, and once his participation was nixed it came to Niroshan Dickwella. Akila Dhananjaya is unlikely to play the first game owing to the birth of his child, and Danushka Gunathilaka being sent home with a back stress means that Shehan Jayasuriya was called up. But with the veteran Upul Tharanga and Dickwella and Kusal Perera to pick from, the youngster is unlikely to get a game so soon.

Bangladesh also have injury issues. Tamim Iqbal is carrying a slightly swollen right index finger, Nazmul Hussain Shanto did not train on account of dislocated right index finger and how fit the talismanic allrounder Shakib Al Hasan is anyone s guess, given the recent fracas.If Shakib does not play, his spot should go to Ariful Haque. Tamim said on Thursday that Liton Das is the likely opener alongside him, ahead of the recalled Mohammad Mithun.

– Of active Sri Lankan batsman, Tharanga has scored the most ODI runs against Bangladesh – 879.

– When it comes to the Asia Cup, Suranga Lakmal and Lasith Malinga are the most successful current Sri Lankan bowlers against Bangladesh, with three wickets each.

Bangladesh have played Sri Lanka in 12 ODI matches in the Asia Cup, winning just one, losing 11. However, they can take heart from the fact that in last Asia Cup in 2016, which was a T20 format edition, Bangladesh beat Sri Lanka by 23 runs. Against Afghanistan, Bangladesh lost their only encounter in 2014 Asia Cup by 32 runs.

Our ex-head coach (Chandrika Hathurasinghe) was from Sri Lanka and we have played them a lot recently, so we know them inside out. But it depends on the day, whichever team who ticks most boxes will have the chance to win. – Tamim Iqbal

My coaches have been saying that I have to bowl a few more overs and bat through the innings. so I need to prepare for that and I am looking forward to it. – Dhananjaya de Silva 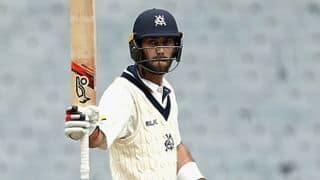 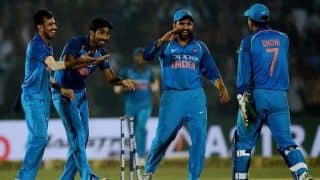