Dhoni was handed the responsibility of leading India in their Super 4 match against Afghanistan in the Asia Cup, as skipper Rohit Sharma was among the five players to be rested.

MS Dhoni, on Tuesday, became only the third cricketer to captain a national team in 200 ODIs. Dhoni, who had stepped down as captain of India in January last year, was handed the responsibility of leading the side in its Super 4 match against Afghanistan in the Asia Cup, as skipper Rohit Sharma was among the five players to be rested.

Australia’s Ricky Ponting holds the record for playing the most number of games as captain, followed by Stephen Fleming of New Zealand. Ponting, who led the side between 2002 to 2012, led Australia in 230 one-day internationals, while Fleming wasn’t too behind at 218. Dhoni, arguably known as India’s best captain, is the latest addition to the list.

The next on the list is Arjuna Ranatunga, who has captained Sri Lanka in 193 ODIs.

Virat Kohli took over as India’s captain after Dhoni had stepped down, but he was rested from the Asia Cup considering workload management. In his absence, Rohit was named skipper, under whom India are yet to lose a match in the tournament and have successfully booked a place in the final.

Players with most matches as captain in ODIs. 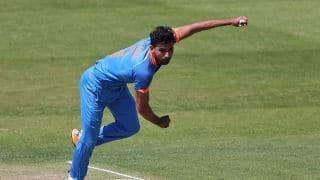 Asia Cup 2018: All you need to know about Deepak Chahar 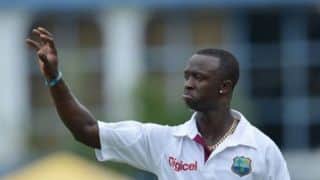