Official broadcasters of the 2018 Asia Cup, Star, are unhappy with the team’s decision to rest Virat Kohli as it will, according to them, will have serious commercial implications.

Indian skipper Virat Kohli was rested for the 2018 Asia Cup with national selector MSK Prasad stating that the 29-year-old needed rest after a hectic 2018 schedule.

However, official broadcasters of the 2018 Asia Cup, Star, who have the rights for the tournament for eight years starting 2016 are unhappy with the team’s decision to rest the skipper as it will, according to them, will have serious commercial implications.

As per a report in Mumbai Mirror, Star wrote a letter to ACC (Asian Cricket Council), the organisers of the Asia Cup, stating that the implicit clauses in the eight-year agreement has not been honoured. Each team was expected to field its best side and with the absence of Kohli, arguably the biggest superstar of world cricket, the tournament has lost a bit of its sheen, the broadcaster is learnt to have pointed out.

The report further adds that Star claims that Kohli’s absence will have serious commercial implication and on the commercial value of all the stakeholders, not just the broadcasters, as well as erosion of the competitive value of the tournament.

“The Star contention is based on the point that whenever Kohli bats, the television ratings soar and his dismissal, often, lead to a slump in viewership. Besides, there is no clarity on the extent of Kohli’s injury and it has led to an argument that should the skipper have been rested for the home series against West Indies in October-November. India, anyway, are expected to have easy time against the Caribbeans, particularly in the home conditions,” the Mumbai Mirror report stated. 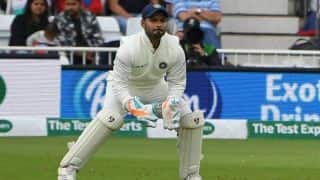