Scans have reportedly revealed that he has fractured a finger on his right hand, and the BCB have Mominul Haque on standby.

Bangladesh have been hit by another injury concern in the form of opener Tamim Iqbal, who has injured a finger drying training ahead of the team s departure to the UAE for the 2018 Asia Cup.

The news comes a day after it was reported that star allrounder Shakib Al Hasan may not be fully fit.

Tamim sustained the injury during fielding, and though initially it was not believed to be serious, subsequent scans have reportedly revealed that he has fractured a finger on his right hand.

Commenting on Tamim s injury, the BCB chief selector Minhajul Abedin said: Tamim has hurt his finger. So we have keep Mominul Haque as possible replacement if need be. He (Mominul) could play in case of necessity.

Bangladesh, who are pooled in Group B of the Asia Cup with Sri Lanka and Afghanistan, will fly to Dubai on September 9. They play their first match versus Sri Lanka on September 15. 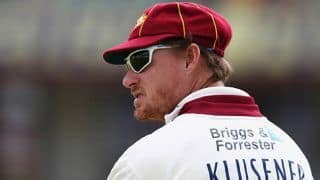