Chahal said his relationship with Kuldeep Yadav, with whom he has forged a potent force in limited-overs cricket, was mutually beneficial.

India legspinner Yuzvendra Chahal has credited MS Dhoni s role in helping him and Kuldeep Yadav achieve what the team management has told them to do in ODIs – take wickets during the middle stages of games.

In an interview with ESPNcricinfo, the 28-year-old legspinner from Haryana – ranked ninth in ODIs and fourth in T20Is – said his relationship with fellow wrist-spinner Kuldeep, with whom he has forged a potent force in limited-overs cricket, was mutually beneficial.

When Kuldeep and I bowl, he [Dhoni] tells us very early how the wicket is behaving. He also tells us what the batsman is trying to do, said Chahal, who has taken 45 wickets in 26 ODIs. So that kind of gives you an idea even before you bowl, instead of me finding out after bowling two or three overs. He’s been captain, he’s played for so many years and has a wealth of experience. He watches the batsmen closely. He’s a batsman too, and knows what it is to play on such surfaces. Sometimes when I have a plan that is different to what he thinks, we discuss it. It’s not like he rejects our plan. Then we formulate a plan B.

One such day came during India s landmark ODI series win in South Africa earlier this year, in the one match out of six that Virat Kohli s team lost. During a five-wicket defeat, South African wicketkeeper-batsman Heinrich Klaasen hit Chahal for five sixes in two overs to change the tone of the match.

Saying that dew in Johannesburg was a factor in a rare off-day, Chahal remembered Dhoni s advice. Sometimes it happens that he gives you instructions, but the execution is wrong. But he doesn’t lose his cool, said Chahal. In South Africa, where Klaasen hit me, he just said, “Don’t worry. It’s just not your day. At least try to bowl to ensure your spin partner tries to get wickets.”

Chahal, the owner of India s best figures in T20Is, has with Kuldeep turned into a big factor in the Indian team s success. Together they took 33 wickets together in the 5-1 ODI series win in South Africa, and then gave England a tough time this summer.

We’ve been playing a lot of cricket together. Even when he was first with Mumbai Indians, we were together. We bond well, said Chahal of bowling with Kuldeep. If I come in to bowl before him, I talk to him about how the wicket is behaving and what he can try to do to trouble the batsmen. If he comes on first, he comes up and chats with me. Obviously if one of us applies pressure from one end, there’s a chance of wickets at the other. So if I don’t strike, he takes over, or it’s the other way round.

He then revealed what the Indian management had told him and his spin partner. Kuldeep and I have been given a specific role: take wickets in the middle overs, said Chahal. It doesn’t matter if we concede 10-15 extra runs, but if we manage to get two or three wickets, it automatically transforms the innings. Teams that may have had a chance of getting 280-290 tend to then finish with 220-230. So we’re not really worried about conceding runs. The focus is always on wickets. 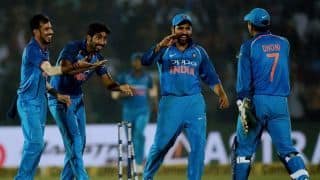 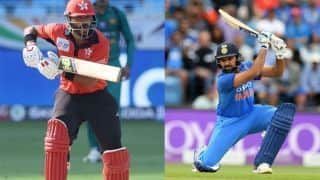