Since returning to Bangladesh, the 24-year-old hit the fastest double-century in the country s first-class structure earlier this month.

Bangladesh wicketkeeper-batsman Liton Das believes his century against India in the Asia Cup final will prove a turning point in a stop-start ODI career that has seen him play in 18 matches since his debut in 2015.

Speaking to reporters in Mirpur on Tuesday at a preparatory camp for the home series with Zimbabwe, Liton said that his 117-ball 121 in Dubai last month was an innings that told him he could cut it at this level.

“My first ODI hundred is very important. I was on the back foot for quite some time so for me it became imperative to perform,” he said. My main aim is to be consistent because when I play domestic cricket I scored quite consistently. Now I am looking forward to make ways so that I can perform consistently at international level.”

Since returning to Bangladesh, the 24-year-old hit the fastest double-century in the country s first-class structure (203 off 142 balls) for Rangpur Division earlier this month. That whirlwind double came off 140 balls and broke Liton s own record from six months ago.

These two hundreds in the span of ten days gave Liton plenty of confidence, but he said he was not about to get carried away with such success.

For me each match is important. One match can have a lot of impact on someone’s career but you have to start from the scratch in the next match,” he said. “As I was not performing naturally there were doubts regarding my ability. After performing probably a lot of pressure was released. I believe cricket is a mental game and if your mind is clear you are bound to succeed. Certainly there is pressure of expectation as I have done well, my team and my teammates will want me to do well again while I would like to fulfil my expectations. 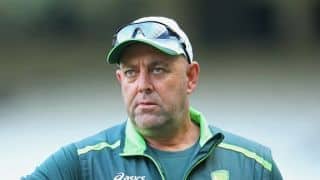