India’s stand-in captain for the 2018 Asia Cup Rohit Sharma termed the tournament as a big opportunity to assess the team and find the right balance before the 50-over World Cup to be held in England next year.

India’s stand-in captain for the 2018 Asia Cup  Rohit Sharma termed the tournament as a big opportunity to assess the team and find the right balance before the 50-over World Cup to be held in England next year.

“Off late we have played great cricket, especially outside of India and it is a big opportunity before the World Cup,” said Rohit is the pre-tournament presser in Dubai.

However, he insisted that their focus solely remains on winning the tournament as the there is still a long way to go for the World Cup.

“Yes, the World Cup too far ahead and we have a lot of cricket to play before that and personally the focus is to perform well in this tournament,” he said.

In Virat Kohli’s absence, this is Rohit first full tour as a the captain of the Indian team is looking forward to the prospect the team to the title.

“Every team is eying the title and they have their own way of looking at the their strengths and weakness and it is not going to be that easy. This the first time I am captaining a full tour. personally it is quite exciting for me,” he said.

Talking about the marquee clash against arch-rivals Pakistan, the the 31-year-old played down the hype stating the team cannot afford to concentrate on one match when the others teams are equally competitive.

“Of course It is always exciting to play Pakistan. They are playing really well of late, but there are are other nations as well who will be gunning for the title and all the matches will be competitive. So our focus cannot be on one game, focus has to be on the entire tournament,” said the Indian captain. India begin their campaign against Hong Kong on 18 September before taking on Pakistan a day later.

India will be playing in the UAE for the first time in 12 years and Rohit Sharma hopes that it will be an enjoyable experience.

“We are happy to be back here. As you said, 12 years since india last played here,” said Rohit adding they will be focused on the job once the entire team assembles in the UAE.

“We are just seven or eight us, rest will be here soon from England and once everyone gets here, we know what to do. We would be focussed on job at hand and the important thing in these tournaments is to take one game at a time, rather than thinking too far ahead,” he added. 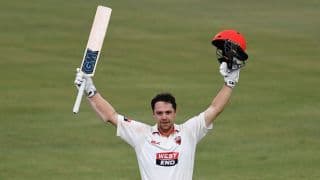 Travis Head hopeful of Test debut against Pakistan in UAE 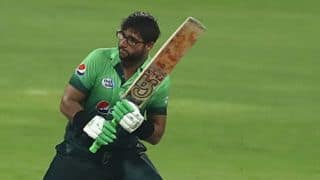