A clash erupted between desperate ticket seekers in Bangladesh and police due to shortage of tickets for Sunday's Asia Cup T20 2016 final.

Dhaka: A clash erupted between desperate ticket seekers in Bangladesh and police due to shortage of tickets for Sunday’s Asia Cup final against India in Mirpur. According to the Daily Star, the agitated protestors vandalised several vehicles and hurled brickbats at the law enforcers, which triggered a clash that left several people injured. Subsequently, the police resorted to using teargas to disperse the mob. Meanwhile, Bangladesh national team are aiming to capitalise on their new-found resurgence and produce an upset win over title favourites India on Sunday. Although India comfortably trounced the hosts by 45 runs in the opening match of the tournament, Bangladesh displayed tremendous amount of resilience as they won three successive matches to advance to the final. Full Cricket Scorecard: India vs Bangladesh, Asia Cup T20 2016 Final at Mirpur

A seemingly unstoppable India will take on the vastly improved Bangladesh in the final of Asia Cup T20 2016 at Mirpur on Sunday. This is a rematch of the opening encounter of the Asia Cup, where India blasted past Bangladesh en route to a 45-run win. The architect of India’s victory in that match, Rohit Sharma, has had a couple of lean matches but kicked back into form with a free-flowing 39 in a low-scoring match against UAE. With Virat Kohli in prime form and Yuvraj Singh coming into his own as well, India’s batting line-up looks more threatening as it has in a long time.

India are certainly the team with momentum, but it is hard to call them favourites to lift the trophy. Bangladesh are in with an excellent chance to go all the way and win their very first Asia Cup title. India will be looking to keep their win record this Asia Cup intact, while Bangladesh will draw confidence from their 2-1 ODI series victory over India last year. The final promises to be an engaging contest between the two best sides of the tournament. 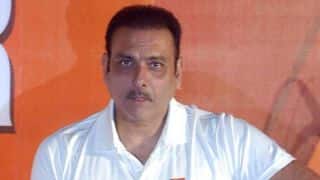