Dhaka: Bangladesh on Sunday recalled batsman Imrul Kayes in their 15-man squad for the Asia Cup Twenty20 tournament to be held in the capital Dhaka from February 24 to March 6. Twenty-nine year old Kayes will replace opener Tamim Iqbal who will take a break due to the birth of his first child. “We recalled Imrul because he is the best available option for us in the absence of Tamim,” said selector Habibul Bashar. The tournament will be held in the Twenty20 international format for the first time and is expected to serve as a warm-up for the ICC World Twenty20 to be held in India in March and April. Asia Cup 2016: Pakistan announce squad

Afghanistan, the United Arab Emirates, Hong Kong and Oman will play in a qualifying round for the Asia Cup from February 19 to 22 at Fatullah, on the outskirts of Dhaka. The winner of the qualifying round will join the four Test-playing countries, India, Pakistan, Sri Lanka and Bangladesh. Bangladesh will host the event for the fifth time, with all matches being held at Dhaka’s Sher-e-Bangla National Stadium.

Meanwhile, Pakistan too announced their 15-man squad for this edition of Asia Cup on Wednesday. The selectors have made four changes to their squad for this month’s Asia Cup followed by the World Twenty20 including the axing of struggling opener Ahmed Shehzad after a poor run of form. 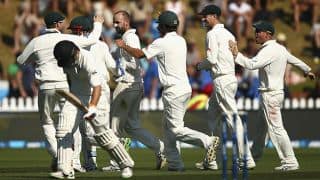 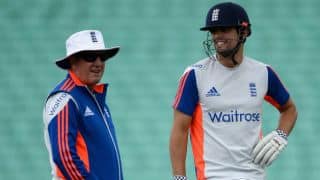