Mirpur: Unstoppable so far with clinical performances, a formidable India will square off against a passionate and sprightly Bangladesh in their quest for continental supremacy in the final of the Asia Cup Twenty20 cricket tournament, here on Sunday. On paper, India are overwhelming favourites as the ICC rankings (India’s 1st vs Bangladesh’s 10th) suggests. But it counts for little in the shortest format, wherein the complexion of the game can change in a matter of one over. A master plot always has sub-plots and this final will be no different. There will be little testing battles, which promise to make it an intriguing summit clash. Whether it is Tamim Iqbal’s flamboyance against Jasprit Bumrah’s surprise element or young Soumya Sarkar’s cavalier approach against Ashish Nehra’s years of experience, there are enough ingredients for a heady battle. Full Cricket Scorecard, India vs Bangladesh, Asia Cup 2016, Final match at Mirpur, Dhaka

Ravichandran Ashwin’s guile against Sabbir Rahaman’s conventional yet dangerously attacking batsmanship or Rohit Sharma’s artistry against Taskin Ahmed’s youthful exuberance can also be a spectator’s delight. The only missing link will be Mustafizur Rahman, out with a Grade I side strain. India captain Mahendra Singh Dhoni will be looking at a bigger picture as the Asian title will mark the perfect preparation before the ICC World T20 at home. His opposite number Mashrafe Mortaza is not at all looking that far ahead as an Asian title will mean a watershed moment for T20 cricket in the country and a solid boost before they face the Netherlands and Ireland in the qualifying round of the marquee event in picturesque Dharamsala.

It will be a battle between a team full of T20 specialists against a team which has learnt to consistently punch above its weight. And with the most partisan 25,000 supporters creating an awful din, it will not be an easy job for Dhoni and his men when Mortaza’s boys try to put them under the pump in a floodlit Sher-e-Bangla stadium. For Dhoni, Yuvraj Singh and Virat Kohli — playing a big final is not new. They have been there and done that before. For Mashrafe, Shakib Al Hasan, Sabbir Rahman, the taste of a title win is something alien. They came very near to it in 2012 when Pakistan crossed the final hurdle as Mahmudullah Riyadh choked in the final overs. 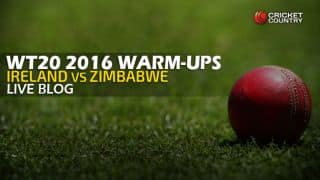 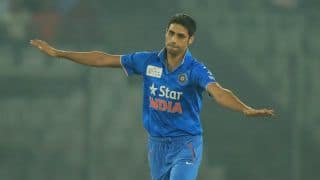