Rohtak: Amit Verma (51) and Gokul Sharma (19) took their time before knocking off the required 38 runs on the final day as Assam recorded a comfortable six-wicket win over Haryana in their Ranji Trophy Group A match. It was a comeback-win for Assam as they had conceded a first innings lead of 48 runs but their bowlers brought them back by bundling out the rivals for just 111 in their second essay. Amit and Gokul remained steady when they came out this morning chasing a victory target of 160 runs. They batted slow, taking 16.1 overs to score the required 38 runs, but ensured that there is no twist in the tale.

Himanshu Rana scored 56 and RP Singh made 45, but Haryana could only muster 168 in the first innings and Krishna Das and Dhiraj Goswami ended with 10 wickets between them. Assam were cleaned out for just 120 in response, with Gokul Sharma top-scoring with 43. Ashish Hooda finished with 4 for 27, while Harshal Patel took 3 for 37, Mohit Sharma took 2 for 48, and Sachin Rana grabbed 1 for 3 in 6 overs. Haryana were poor in thes second innings as well, with Rana again top-scoring with 27 as three batsmen were out for 0. Krishna Das took 4 for 48 to end with 10 wickets in the match, while Arup Das took 6 for 39. Assam were in trouble with a few early wickets, but Amit Verma scored an unbeten 51 while KB Arun Karthik scored 48 as Assam won with 6 wickets remaining. 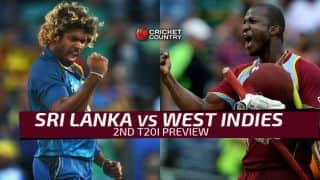