'At 11, Shafali Would Practice Cricket With Under-14 Boys,' Reveals Childhood Coach

'At 11, Shafali Would Practice Cricket With Under-14 Boys,' Reveals Childhood Coach

Shafali Verma has what it take to go on and achieve great things in international cricket, childhood coach Ashwani Kumar reckons. 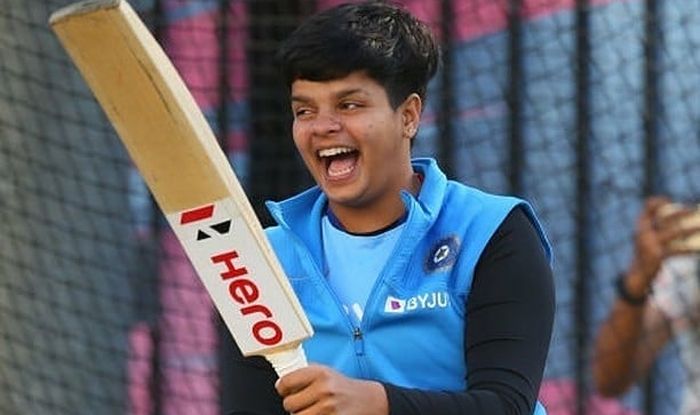 She may be just six months into her young cricket career, but Shafali Verma has what it take to go on and achieve great things in international cricket, childhood coach Ashwani Kumar reckons.

Verma caught everyone’s attention during the Women’s T20 World Cup, where the 16-year-old scored 163 runs in five games at a healthy strike-rate of 158.25. In fact, her knocks of 46 against New Zealand and 47 against Sri Lanka were instrumental in guiding India to the knockouts of the World Cup. Ahead of the final, Verma had jumped a mind-boggling 19 places to secure the No. 1 spot in the ICC batting rankings for women.

“When she came to me first as a little kid (11), I taught her the basic stance and after few days, she was comfortable hitting the big strokes. Then she started training with the girls four years elder to her and in six months’ times, she was practising with the U-14 boys. She never felt out of place,” recollected Ashwani, a former-first class cricketer from Haryana.

“Fast forward it to now, she trains with the fellow academy cricketers (like Ashish Hooda) who have played Ranji Trophy.”

Verma had played 14 T20Is for India before embarking on her maiden World Cup in a country like Australia and Ashwin admits he was pleasantly surprised seeing the teenage prodigy hit those big sixes against some of the big names in the game.

“Before she left for the World Cup, I was not sure how she would handle the pressure of a big event but she exceeded my expectations and did well throughout. Having said that, it is just a start for her and she knows that,” the coach said.

Promising aspects aside, Ashwani admits there are certain aspects the youngster still needs to work on and as soon as the COVID-19 pandemic ends.

“She only got back a couple of weeks ago and the lockdown happened. When things are back to normal, I would be talking to her about the importance of rotating the strike frequently and not just hitting the big shots. She also needs to work on reducing the number of dot balls,” said Ashwani.

Besides Ashwani, former India wicketkeeper Ajay Ratra has also tracked the youngster’s career and recalls a certain incident which convinced him of Verma’s special talent.

“The women’s team probables had a camp at NCA in June-July and I was part of it as the wicket-keeping and fielding coach,” Ratra, who played six Tests and 12 ODIs for India, said. “After seeing Shafali comfortably bat against Jhulan Goswami (senior India pacer) in the nets, I was convinced that she would be playing for India soon. And that is what happened. Even he was of the opinion that she could go on to become a very important player for India.” On this day, Gary Sobers made his Test debut against England