Former Zimbabwe captain Tatenda Taibu is all set for a surprise return to professional cricket six years after he quit to focus on 'Lord's work'.

Former Zimbabwe captain Tatenda Taibu is all set for a surprise return to professional cricket six years after he quit to focus on ‘Lord’s work’.

Taibu has signed up with Baduraliya Sports Club, a Sri Lanka first-class team, and will play his maiden game for the outfit later this month.

The wicketkeeper-batsman became the youngest Test captain in history when he ascended to the role in 2004, aged 21. He went on to play 28 Tests, 150 ODIs and 17 T20Is for Zimbabwe between 2001 and 20012 before giving up his professional career to focus on working for church.

Taibu, 35, said he took the decision after having a conversation with his son. I have said many times that my life is not guided by emotion or well-set plans, but I believe I am led by a voice inside my heart which I cannot ignore, Taibu was quoted as saying by The South African.

He added, My son Tatenda jnr also often asks how I used to play, now that he has taken a liking to the sport. He didn t really get the chance to see me as he was too young at the time. I have stayed extremely fit and healthy and feel I m still one of the fittest cricketers around, so I thought maybe I can let him see for himself how I can perform.

This is not the first time that Taibu has made an announcement of this nature. In 2016, he accepted to represent a UK club Hightown St Mary s CC. Then in 2017, he was appointed convener of selectors for the Zimbabwe national cricket team.

However, failure to secure a spot for the ICC World Cup 2019 saw him being sacked from the position. 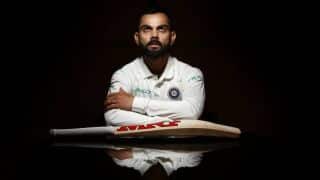