History shows that India does not have a good record at the venue where they have played six Tests and won none - lost five, drawn one.

A couple of days ahead of the much-awaited fourth and final Test at Brisbane, pacer Josh Hazlewood on Wednesday said that Australians love playing at the venue and know that touring teams do not like playing at the Gabba.

“All Australians love playing up there. We probably grow a leg given the record we’ve got. We know touring sides don’t like to play there, so that puts us a bit ahead before a ball is bowled. I guess we thrive on that. It’s an awesome place to play. Very much an Australian venue, I’ve always enjoyed playing there,” Hazlewood told AAP.

The tall well-built fast bowler also confirmed that the team is feeling fresh and is confident that the pacers can even bowl over 40 overs at Gabba.

“It’s probably the freshest we have felt while turning up to Sydney at this time of year, for a very long time. Back to back is fine … even if we bowl 40-plus overs here, we’ll be OK for Brisbane,” Hazlewood added.

History shows that India does not have a good record at the venue where they have played six Tests and won none – lost five, drawn one.

There were massive speculations doing the rounds ahead of Brisbane about the venue as the city was under a lockdown due to a rise in the number of coronavirus cases. Then the Indian team showed their reluctance in traveling to Brisbane because of the strict restrictions.

India managed to secure a draw – equivalent of a win – at Sydney in the 3rd Test. Bruised and battered, the Indian batsmen ensured they were not bundled out in the final day at SCG. The unlikely draw will give them a lot of confidence at a time when the side is dealing with multiple injury concerns.

With the four-match Test series tied 1-1, the 4th Test becomes even more important. 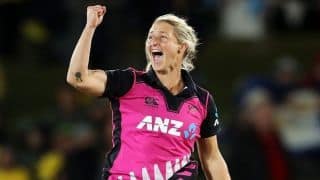