Lyon said he will aim to exploit the crack outside the off-stump on Day 3 of the final Test at the Gabba. 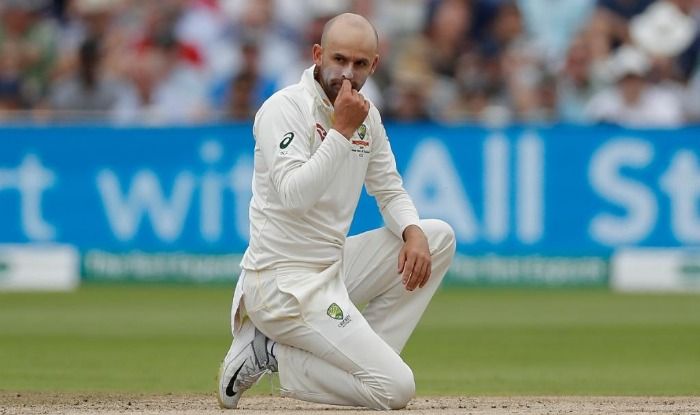 Veteran Australia spinner Nathan Lyon said he is looking forward to bowl to flamboyant India wicketkeeper-batsman Rishabh Pant on the Gabba wicket in the ongoing fourth Test. Pant, who is known for his attacking some, played some attractive shots in the Sydney Test against Lyon.

On Day 2 of Brisbane contest, Lyon dismissed a crucial wicket of Rohit Sharma, which is also supposed to be his 100th Test. The ace off-spinner is now just three wickets short to claim 400 scalps.

Lyon said that he tried to bowl his best ball to Rohit who he rated as a world-class player.

“The crowd’s been amazing, Rohit is a world-class player and tried to bowl him my best ball,” Lyon said during the break before stumps were called due to excessive rain.

Lyon said he will aim to exploit the crack outside the off-stump on Day 3 of the final Test at the Gabba.

The ace spinner will look to claim his 400th wicket in the ongoing Test and is looking forward to resuming battle with Pant.

“Rishabh always tries to smash me so I’m looking forward to bowl to him, it’s always a great battle with him,” said Lyon.

Pant played a magnificent knock of 97 runs in the second innings of Sydney Test which played a monumental role in the historic draw match.

Lyon, whose parents are at the Gabba watching him play his 100th Test, said bubble restrictions haven’t allowed them to meet each other.

“It would’ve been nice to go out for dinner with everyone, including my parents but there are bubble restrictions,” said Lyon.

The rain forced early stumps on Day 2 with India losing two wickets off 62. 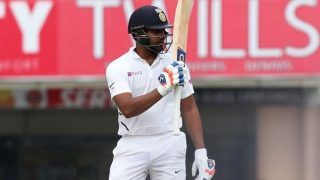