Nathan Lyon is only the third Australia bowler after Glenn McGrath and Shane Warne to play 100 Test matches. 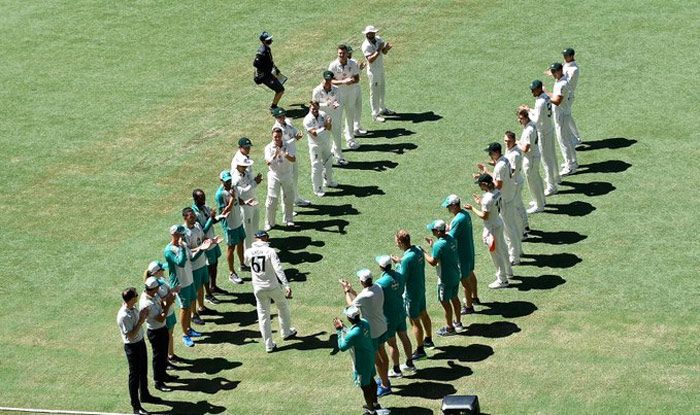 Nathan Lyon on Friday became the third Australia bowler to make 100 Test appearances and his teammates marked the occasion by forming a guard of honour for the prolific wicket-taker. With 396 wickets, Lyon is the most successful offspinner in Australian cricket history.

Lyon is overall the 13th Australia cricketer to have reached the 100 Test milestone. It’s been quite a journey for him considering his rise from a groundman to his country’s premier spinner.

He made his debut against Sri Lanka in 2011 at Galle and took a wicket with his very first delivery, dismissing the legendary Kumar Sangakkar. And in fact, he went on to take a five-wicket haul in that game.

Lyon was the answer to Australia’s desperate hunt for a successor to the legendary Shane Warne who called time on his storied international career in 2007 after having taken a mammoth 708 wickets in 145 Tests.

They went through as many as 11 spinners before zeroing in on a spinner who had played just four first-class matches. And on debut, he justified that call.

In December 2013, he completed 100 Test wickets and by June 2015, went past Hugh Trumble by claiming 142nd wicket in the format and become the most successful offspinner in Australian history.

“It’s the amazing thing about Test cricket, it’s an amazing ride. Lots of ups and downs but I know when I finish my career I’ll be able to sit there with a smile on my face and say I gave it my all, but this is my 100th and I’m far from being done in my eyes – I’m still hungrier than ever,” Lyon said. “I want to go out there and play as much cricket for Australia as I can, and keep playing my role and hopefully win a lot of Test series for Australia.”