AUS vs IND: Ravichandran Ashwin Trolls Ricky Ponting, Michael Clarke And Others Who Predicted a Whitewash for India in Border-Gavaskar Trophy

AUS vs IND: Ravichandran Ashwin Trolls Ricky Ponting, Michael Clarke And Others Who Predicted a Whitewash

Ashwin also expressed his disappointment for not being the part of the Gabba Test but said he will remember the series forever. 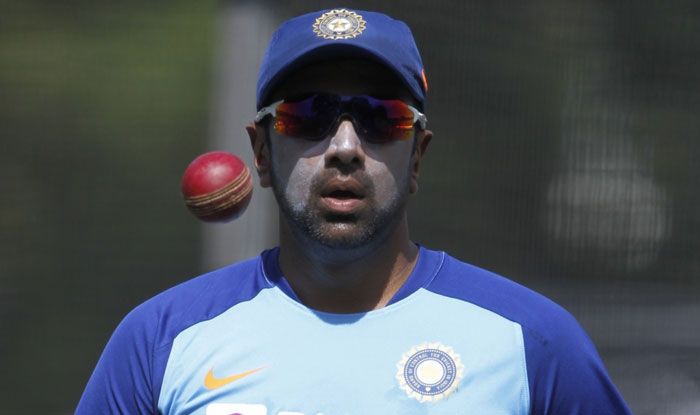 Team India senior spinner Ravichandran Ashwin took a sly dig on the list of people who predicted a whitewash for the visitors in the Border-Gavaskar Trophy. On Tuesday, India beat Australia by 3-wickets in Brisbane, which is referred to as their fortress, to clinch the four-match series 2-1.

India suffered a massive defeat in the opening Test in Adelaide after that several fans and cricket critics wrote off India’s from the series with Virat Kohli being out of the series. But Ajinkya Rahane took the charge of the team as the visitors bounced back in the remaining three matches and two out of them.

Ashwin shared a couple of images were in the first one, there were comments from the list of players who predicted a whitewash for India, while the second image was of the Indian team with the Border-Gavaskar Trophy.

Ashwin also expressed his disappointment for not being the part of the Gabba Test but said he will remember the series forever.

“Good evening from Gabba!! I am sorry I couldn’t play here but thanks for hosting us and playing some hard cricket during these tough times. We will remember this series forever! @tdpaine36 @CricketAus,” Ashwin wrote.

The ace-spinner missed the final Test after sustaining a back injury during the Sydney Test. Meanwhile, Ashwin played a supreme brand of cricket throughout the series and he claimed 12 wickets. He was also involved in a match-saving partnership with Hanuma Vihari in the Sydney Test and scored an unbeaten 39 runs in 128 balls.

The Board of Control for Cricket in India on Tuesday announced a reward of INR 5 crore as a team bonus for Team India after their emphatic 2-1 series win over Australia in Brisbane. 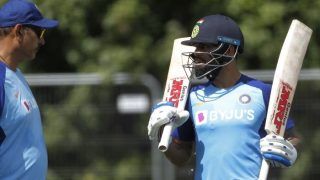 India vs Australia | Virat Kohli Has Been With us Despite Not Being Here: Ravi Shastri 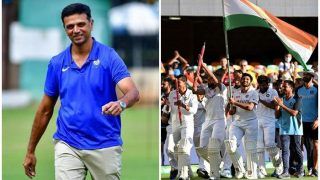