AUS vs IND: "Why on Earth Would You Not Have One?" Shane Warne Raises Questions Over Nathan Lyon Approach

Shane Warne questioned Nathan Nathan Lyon's approach as he has dismissed Cheteshwar Pujara earlier in the series with a set plan. 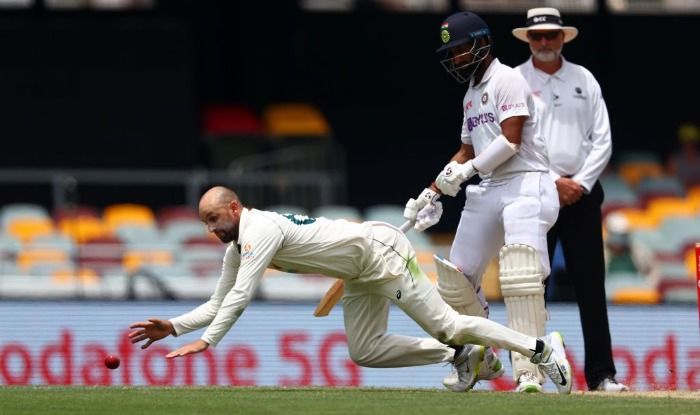 Australia spin legend Shane Warner raised questions over Nathan Lyon tactics against Indian’s Test specialists Cheteshwar Pujara. Lyon was ineffective against the Indian talisman and failed to get his crucial wicket on Day 5 of the fourth and final Test match in Brisbane.

Pujara slammed 56-run off 211 balls to keep India’s hopes alive in the crucial Test. In his typical defensive style, Pujara scored his slowest Test half-century in 196 balls as he shared a couple of crucial stands with Shubman Gill (114 runs) and Rishabh Pant (96).

Warne questioned Lyon’s approach as he has dismissed Pujara earlier in the series with a set plan.

“Here’s a guy who has played 100 Tests, he has bowled enough balls to Pujara, he knows how he has got him out on the off-side with a bat-pad, he knows how it changes his game, so why on earth would you not have one?” Warne told Fox Sports.

“Normally what would happen, Tim Paine, the captain would come up and say what field do you want, and then the bowler would say what sort of field he wants because that’s how he’s trying to get him out

Warne feels a captain should have a discussion with Lyon about the plan to dismiss Pujara but claims it’s more of the ace spinner’s issue.

“This is not a Tim Paine issue, this is more a Nathan Lyon issue. But as a captain with Tim Paine, I would say ‘now Nathan you sure you don’t want to start with a bat-pad on the off-side?’

“This is where bowlers and captains can have a bit of an argument. Because the bowler wants the field he wants. I’m sure Tim Paine is saying why aren’t we having a bat-pad on the off-side. If Nathan Lyon doesn’t get him out early, he’s had five overs now, this is where Tim Paine can say look, it’s not working, we’ve got 20 minutes till lunch, can we try plan b and have a bat-pad on the off-side. I’ve given you what you like, lets’ try this now,” he added.

Warne further talked about Lyon’s line against Pujara which helped the batsman to get comfortable in the middle on the final day of Brisbane Test.

“He has admitted it works but he hasn’t got one today. So Nathan Lyon, with the chats I’ve had with him, feels like he can’t bowl wide enough with a bat-pad on the off-side.

“Maybe the only thing I could think of is Nathan Lyon wants to bowl straighter at middle and leg stump but to me, that is a negative tactic.

“You’ve only taken one wicket in the first session and you need to get Pujara out because he takes time and when you have got Pujara out you’ve had a bat-pad on the off-side, that’s why it doesn’t make sense that he hasn’t got one,” the former Australia leg-spinner signed off.

Meanwhile, Pujara was eventually dismissed by Pat Cummins who has got the better of the Indian batsman many times in the series. 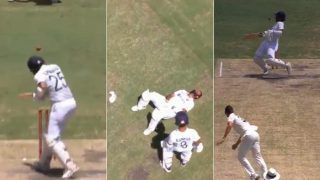 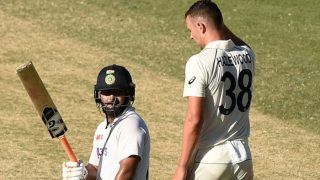