After two washed out games, Sri Lanka will be desperate to come out all guns blazing but defending champion Australia’s depth will be hard to beat when the two sides clash in a World Cup fixture on Saturday. Sri Lanka have not played a match at the World Cup since June 4, forced to split points with Bangladesh and Pakistan following two washed out games. The island nation, who won the tournament back in 1996, stands fifth with just one win — against minnows Afghanistan in a rain-hit match — from four games.

Defending champions Australia, on the other hand, have been simply unstoppable with their loss against India being the only blemish in an otherwise professional performance so far in the tournament.

Here is today s Dream11 pick for AUS vs SL

AUS vs SL Head to Head 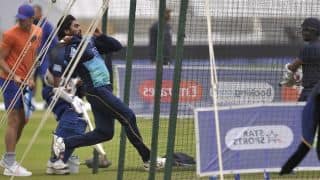