AUS vs WI, Match 10, Cricket World Cup 2019, LIVE streaming: Teams, time in IST and where to watch on TV and online in India

For Australia and West Indies, the two most dominating teams of two different generations, this is the most even they ve been in recent memory. Aaron Finch and Jason Holder, the two captain, acknowledged the firepower in their opponents and expected the contest to be an exciting one. Neither captain hinted much of a change in their line-ups.

The temptation of Nathan Lyon getting a place in the Playing XI is understandable. Then again, the boundaries of Trent Bridge are comparatively shorter than the remaining venues in England. Even Finch played up the idea of not changing his side much this early in the tournament.

West Indies were as clinical as a team can get. Their pacers set the tone so expect that line-up to remain unchanged. Kemar Roach was seen sending down some thunderbolts to the batsmen so the only change likely to take place is him coming in to replace Sheldon Cottrell. The batsmen didn t get to do much so expect a similar line-up. 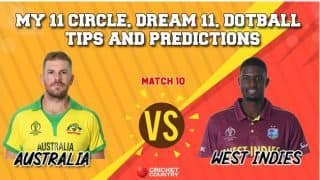 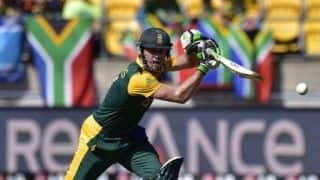 AB de Villiers had offered to come out of retirement to play in the World Cup: Report