Australia on Wednesday declared their 15-member squad for the ICC Champions Trophy to be played in England next month. 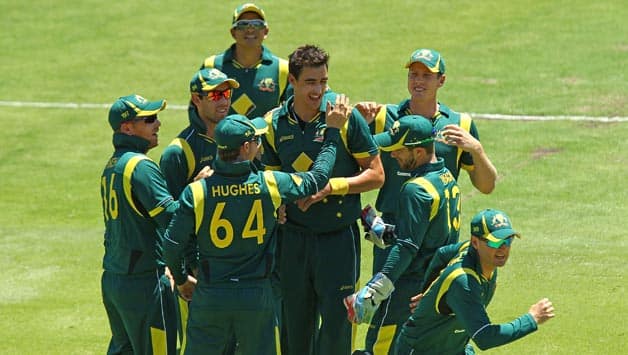 Australia on Wednesday declared their 15-member squad for the ICC Champions Trophy to be played in England next month.

There were no surprise announcements in the squad which includes most of the players that featured in the last ODI series they played against West Indies.

All-rounder Mitchell Marsh has been included in the squad. James Faulkner too finds an opportunity to cement his place in the ODI side on the back of impressive performances for the national team during the ODI series against West Indies in February this year. The Tasmanian has been equally impressive in the ongoing Indian Premier League (IPL) with a five-wicket haul already in his kitty.

Other players like Steven Smith, Brad Haddin, James Pattinson, Moises Henriques and Jackson Bird all miss out from the squad as they are part of the Australia A team that will play their matches in England during the same time as the Champions Trophy. Australia will play their first match of the tournament against hosts England on June 8.

The performance of the players will be keenly followed as they are scheduled to play the Ashes in July after the ICC Champions Trophy.