Lehmann who had previously worked with National Cricket Centre before being associated with the national team, will work alongside former cricketers Troy Cooley, Ryan Harris and Chris Rogers

Melbourne [Australia]: Few days after stepping down as the head coach of the Australian cricket team, Darren Lehmann has landed himself a new coaching role with the country’s cricket board under National Performance Program. The 48-year-old, who had previously worked with National Cricket Centre before being associated with the national team, will work alongside former cricketers Troy Cooley, Ryan Harris and Chris Rogers towards the development of the National Performance Squad (NPS).

Confirming the news, Cooley revealed that he has had a discussion with Lehmann, who is keen to continue as a coach with Cricket Australia. “I had a good chat with ‘Boof’ (Lehmann) and he was really keen to continue his coaching.And what a great opportunity – having his expert skills in the areas that we need,” cricket.com.au quoted Cooley, as saying. Lehmann’s role primarily demands him to focus on the NPS besides also encompassing other pathways programs within the set-up in the CA. The former Australian head coach is expected to work in his new position until October.

“He’ll work with our targeted group of NPS players, but we’ll also have our specialist blocks come in; so his first four weeks will coincide with our spin program, which involves eight spinners from around the country plus the 10 NPS players,” Cooley said.

Though Lehmann’s contract as the head coach of the national team was due to expire in 2019, he stood down from his position after the final Test of the four-match series against South Africa in the aftermath of the ball-tampering scandal that sent shock waves across global cricket. 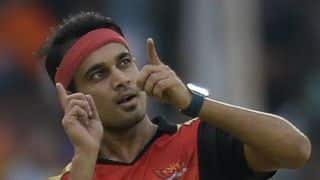