Fast bowler Josh Hazlewood and allrounder Mitchell Marsh have been named as the joint vice-captains of the Australian Test team.

Fast bowler Josh Hazlewood and allrounder Mitchell Marsh have been named as the joint vice-captains of the Australian Test team. Cricket Australia (CA) made the announcement on Thursday following a player vote and a formal interview.

However, Hazlewood will miss the upcoming Test series against Pakistan in the UAE due to injury leaving Marsh as the sole vice-captain to captain Tim Paine.

The rejig in leadership role comes after the ball-tampering scandal earlier this year in South Africa that resulted in Steve Smith and David Warner being stripped as captain and vice-captain respectively.

“I’m very proud,” Marsh was quoted as saying by cricket.com.au on Thursday. “We’ve been through this process over the last couple of months as a team and to have my teammates vote me in and myself into this position, I’m very proud. Hopefully I’ll do the job justice.”

Hazelwood, 27, will just be the third specialist to become the vice-captain after Rodney Hogg and Jeff Thomson. Marsh is following in the footsteps of his father Geoff who was served as vice-captain under Allan Border in the late 80’s and early 90’s.

The selection panel of Langer, Chappell and Horns subsequently made their recommendations to CA following which the announcement was made.

“It was not a process designed to find the next Australian Test Captain, but to find two vice-captains who will support and help drive the team s goals and objectives,” Hohns said.

“Justin Langer and Tim Paine have a clear vision for the Test team, and Josh and Mitch are invested and ready to support the coach and captain on this journey.

“Our vision is to create great cricketers and great people, and we are extremely fortunate to have such terrific young men charged with responsibility of upholding the high standards and values we and Australian cricket fans expect of their Test team.” 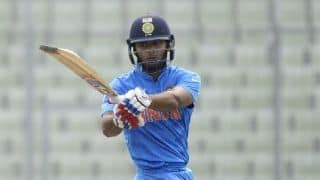 Rishabh Pant can claim his spot for the 2019 World Cup, says Zaheer Khan 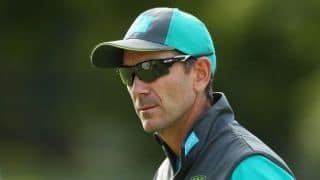