Australia have never lost a series in South Africa and are on the back of a 4-0 Ashes series win against England.

Johannesburg: Ahead of the four-match Test series against South Africa, Australian spinner Nathan Lyon believes that his side is in a “better place” since the last time they lost 2-1 to Proteas in 2016.”The whole side is in a better place. There’s been a big change since the last time South Africa were in Australia,” Sport24 quoted Lyon as saying. In 2016, Proteas toured Australia to play three Test matches. They won the first two Tests before the Aussies won in the final day-night game in Adelaide.

“You have to give them credit. They totally outplayed us in our own conditions. That didn’t go down well with myself or the whole side,” Lyon said. The 30-year-old added, “We’ve spoken about coming over here and have really enjoyed coming over here in the last couple of series. We are not going to take that for granted. We are not coming here thinking that we are going to get an automatic success,” said the spinner. Showing confidence in his side, Lyon said that the players are performing exceptionally well in training sessions and that there is lot of confidence in the changing room.

Looking at the statistics, Australia have never lost a series in South Africa and are on the back of a 4-0 Ashes series win against England. South Africa, on the other hand, will aim to finish second on the ICC Test rankings with a series win here.

The first Test between South Africa and Australia will be played in Durban on Thursday. 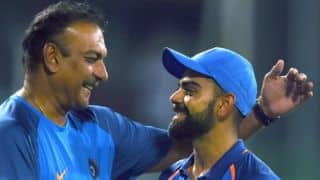